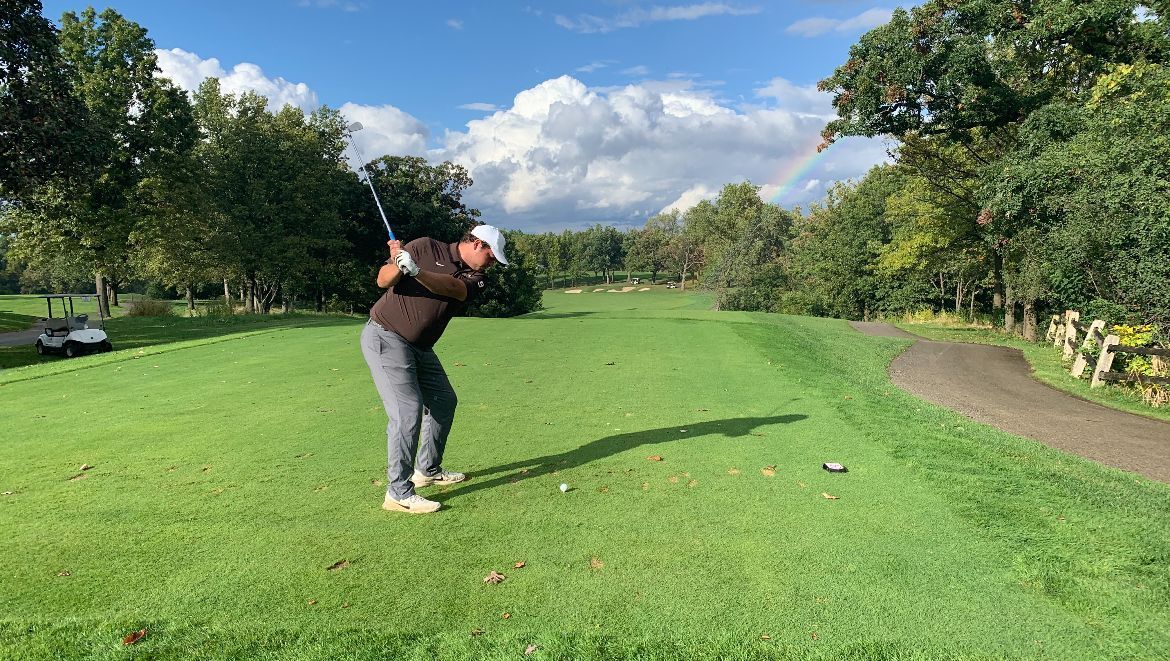 Garrett Willis is second overall through 36 holes at the Flyer Intercollegiate.

“We have been looking forward to getting back on the course and in competition for over six months! It was a terrific feeling to be playing on one of the best golf courses in Chicagoland with the team and competing against other teams. The guys were both anxious and excited to start to our season and get the competitive juices flowing.”

“I felt the team had prepared very well over the past five weeks for our first competition, and it certainly showed today. We had a very solid practice round yesterday and the guys came away with a lot of confidence in how to manage and attack the golf course. I thought our ball-striking was really good, especially our accuracy off the tee. Our reads on the greens were tremendous and the guys controlled the speed of their putts well. It's always a long day with 36 holes of continuous golf. The guys were very patient throughout the rounds, staying focused and having a lot of fun.”

“Caleb and Garrett played exceptionally for us today. They’re the only two players in the field under par after 36 holes. Both of them were very consistent with their ball-striking and namely their irons into the greens. They might have had two 3-putts between them and they putted extremely well. The rest of the team played very well for us and I was thrilled to see everyone participating in this effort and the quality of the scoring on a challenging golf course.”

“We have a terrific opportunity to finish out this tournament tomorrow with another great team effort. The guys are excited to play our final round in the Chicago suburbs tomorrow.”

The Lewis Flyer Intercollegiate will continue with 18 more holes of action on Tuesday from Cog Hill Golf & Country Club in Lemont, Ill.