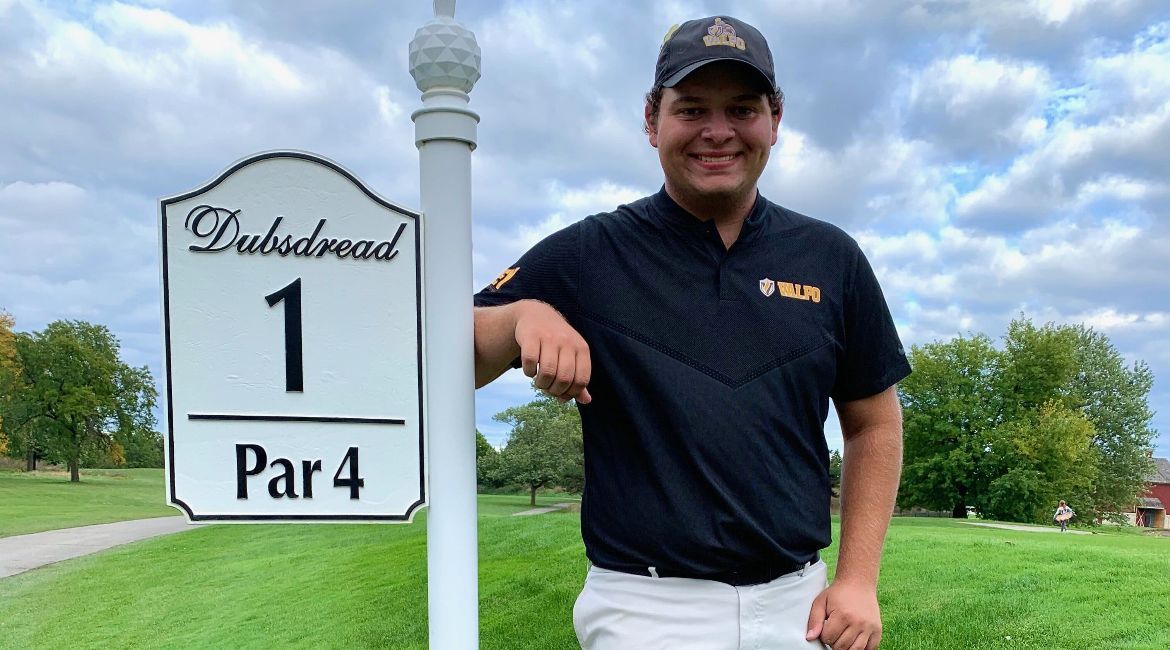 Garrett Willis took individual medalist honors for the second time in his career on Tuesday.

“While every tournament victory is special, this one will remain quite memorable for a number of reasons. Our volunteer assistant coach Tom Brankin passed away four weeks ago and one of his favorite golf courses was Cog Hill Dubsdread. Coach Tom and I used to play our conference championship on this course every year, and he loved competing on this course. He would have been very proud of the team’s performance and he was certainly with us in spirit for this event.  We missed having him coach our players the last few days. This team and individual victory has been dedicated to Coach Brankin.”

“I'm thrilled with the performance of the entire team and how well all of our guys played on this historic golf course. Cog Hill Dubsdread is an incredible test, designed with exceptional green complexes and well-bunkered throughout the course. The guys really managed the course well for all three rounds. In our preparation, we talked about accuracy off the tee, speed control on the greens, putting well and staying patient for all 54 holes. Everyone stuck to that game plan and the results were a lot of consistent play.”

“All seven of our players finished in the Top 12 individually and it was a thrill to have Garrett at medalist, with Brett and Mason at runner-up. This is probably the best that our team has performed from top to bottom in a single event since I started coaching. The guys have worked really hard in practice over the past five weeks, and I’m thrilled for each one of them. Garrett closed the tournament with another incredibly steady performance, never getting himself into trouble and playing to his strengths throughout the entire tournament.”

Valpo will clash with Missouri Valley Conference foe Drake in a dual match on Thursday, Oct. 15 at Spirit Hollow GC in Burlington, Iowa.