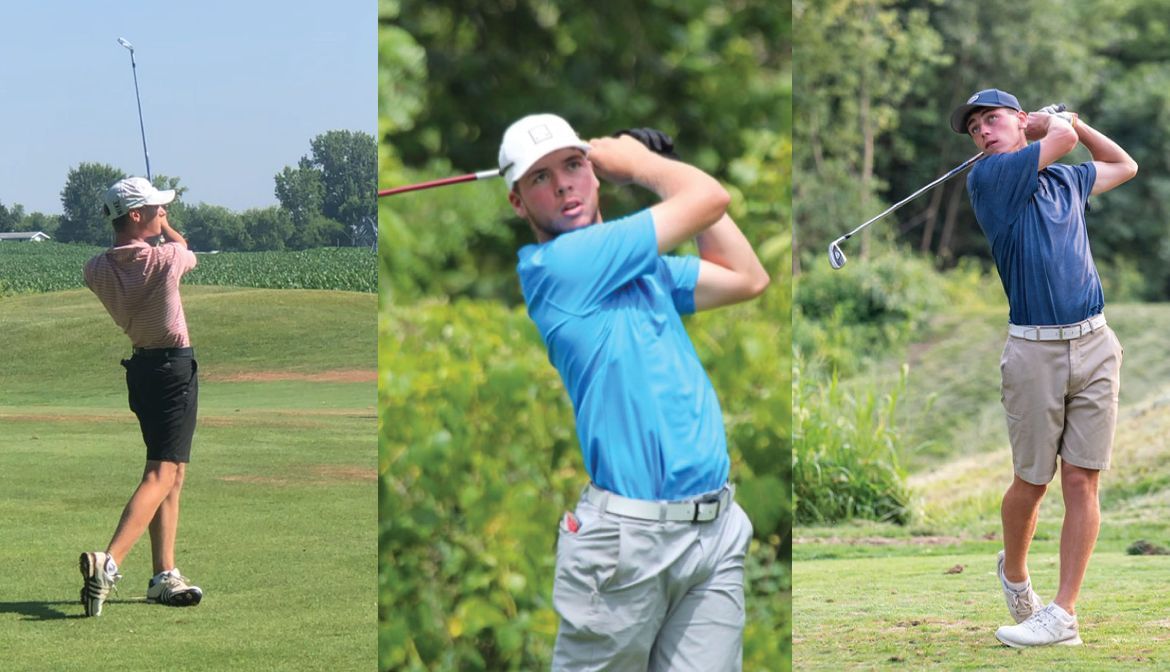 “Our team is thrilled to welcome Anthony, Sam and Grant to the Valpo Family and our golf program,” Gring said. “Despite the challenges of COVID-19, all three of our recruits played a lot of competitive golf this year and continued to work diligently on their games. Our coaching staff has been thoroughly impressed with their desire to compete, their work ethic, the balance that they show between their classwork and competitive golf and their support systems. All three of these young men have wonderful families, excellent high school and swing coaches and they are just a lot of fun to be around. We have a gifted senior class that will be graduating this year and these three are ready to step in and start making their impact on our team and campus.”

A six-year starter, Delisanti helped his team to a 99-match winning streak and an overall record of 120-6 while playing under head coach Tim Codd. A four-time Niagara Frontier League champion, Delisanti shattered a conference record for lowest match score with a six under 30. He was a Section VI Championship runner-up as a freshman, helping his team qualify for state that season. He was also a WNY Prep Talk Athlete of the Week and qualified for the National High School Invitational at Pinehurst.

“I chose Valpo not only because of the outstanding golf program Coach Gring and his staff have built, but because of the exceptional education I will be receiving,” Delisanti said. “I can’t wait to get to work in the classroom and on the course.”

Delisanti posted two runner-up finishes and a third-place finish in three HJGT events, compiling a scoring average of 72 over those tournaments. He was the Buffalo District Golf Association men’s individual and match play champion, becoming the youngest player in the association’s 97-year history to accomplish that feat. He won back-to-back BDGA Junior Match Play championships and had a top 5 finish at the AJGA Junior at Southpointe.

A high honor roll member, Dilisanti also possesses a stellar reputation in the classroom. He is in the top 6 percent of his class, is a NYSPHSAA Scholar Athlete and a member of National Honor Society. In addition, he has volunteered for SABAH, which teaches ice skating and hockey to children and adults with special needs. Dilisanti was also a three-year member of his school’s varsity hockey team and a captain of both his travel team and the varsity team.

“Anthony is a tremendous athlete, playing three different sports in high school,” Gring said. “He is a strong player, with terrific length off the tee and accuracy into the greens.  He’s one of the top ranked players in the state of New York and his high school season is unique in that it is played in both the fall and the spring, similar to college golf. Anthony makes a lot of birdies and has the capacity to produce a lot of low rounds for us.”

A three-year letter winner at Carmel, Booth is a two-time team state champion and was a varsity member of the top-ranked team in the state last year before the season was cancelled. He finished fourth in 2019 at the Indiana Boys State Junior in stroke play with a 72-71 at Purdue University and medaled in the 2020 boys state championship qualifier with a 68.

“I chose Valpo because of the people that I met while on campus,” Booth said. “Everyone was so nice and it just felt right when I was there. I feel like with all the educational opportunities that are offered in addition to being a part of the golf team family, it will be a great fit for me to grow both as a person and on the course.”

Booth finished in the top eight in the 2020 Indiana Boys State Junior in match play and cracked the top five on five occasions in 2020 Indiana Junior Golf or Golfweek Junior Golf tournaments, including a third-place finish at the Hoosier Junior at Otter Creek. He averaged a 74.8 in stroke play competition in 2020.

“Sam comes from an exceptional high school golf program at Carmel,” Gring said. “Despite the state high school tournament being cancelled this past spring, Sam’s team won the previous two IHSAA State Championships. Sam is a gifted player; he’s very consistent with his scoring and is an excellent ball-striker. He manages the golf course very well and knows how to close rounds.”

“I chose Valpo because of the great coaching staff, the quality and success of the golf program and the strong importance of academics,” Norman said. “From the first time I talked to Coach Gring, I knew I wanted to play there. I’m excited for the opportunity to grow as a person at the next level through both golf and academics.”

In 2019, Norman took first at the AJGA Meadowbrook Preview (75-72), second at the IJGA Purdue Kampen Boys Junior Series (74), first at the Homestead Invitational (72) and 15th at the Boys State Junior Championship at Purdue Kampen (70-77). During the 2018 campaign, he placed first in the Hurricane Trophy Club Tournament (72-74), first in the Boys State Qualifier (74) and third at Indiana Sectionals (74).

A strong student with a 3.6 grade point average, Norman is a member of National Honor Society and is an active middle school youth leader in his church.

“Grant has an incredible short game, is very effective with his wedge game and is a terrific putter,” Gring said. “His ball-striking is exceptional and I consider him a real ‘student of the game’ – this guy loves to practice and play golf. Grant loves to compete and I consider him a very ‘driven’ individual – he knows what he wants to do on the golf course and he plays smart all of the time.”