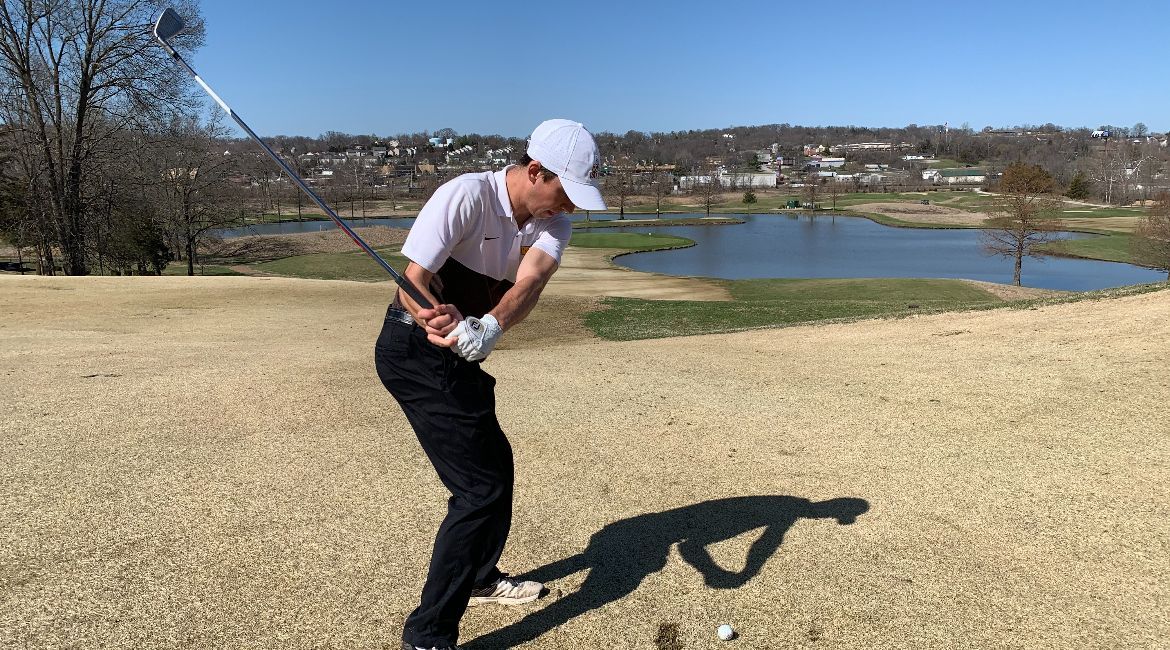 Caleb VanArragon is tied for second in the Twin Oaks Intercollegiate entering Tuesday's third and final round.

The Valparaiso University men’s golf team is in position to compete for the team title at the Twin Oaks Intercollegiate entering Tuesday’s final round after a strong opening day of competition on Monday at Twin Oaks Country Club in Springfield, Mo. Valpo enters the final day in third of 18 on a tight team leaderboard with a team score of 574 (+6), just three strokes off the team lead.

“We got off to a slow start in both of our rounds today. With our start on the Back 9, the most challenging stretch of the course is Holes 15-18. We played those four holes at nine over in each of the first two rounds, and we knew that we needed to play them better. The guys stayed patient and bounced back very well on the back nine. We played the last five holes in our first round at five under, and we played the last five holes at six under in the second round. We’re constantly talking about finishing our rounds well, and the guys really played terrific down the home stretch of both rounds.”

“We struggled again today on the Par 3s. We still need to play them much better. Our Par 5 scoring improved in both rounds today, but we still need to take more advantage of those scoring opportunities. We only had a couple double bogeys in the first round, and we didn’t have any in the second round, which we continue to emphasize in each tournament. We had some wind as a factor today and the guys really managed that well both off the tee and with their approach shots.”

“Caleb’s ball-striking was the best that I have seen it this spring. He really hit a lot of good approach shots into the green and his accuracy off the tee was exemplary. He controlled his ball flight very well in the wind, keeping the ball low and not having it spin much on the green.  Caleb didn’t miss many greens in regulation. When he did, he didn’t short-side himself and his chipping was terrific.”

“While we have some rain and windy weather conditions that we are going to have to deal with tomorrow, the guys are excited to compete for another tournament title in the final round.”

Valpo will close out the Twin Oaks Intercollegiate with the final 18 holes on Tuesday. A link to live scoring via BirdieFire is available on ValpoAthletics.com.