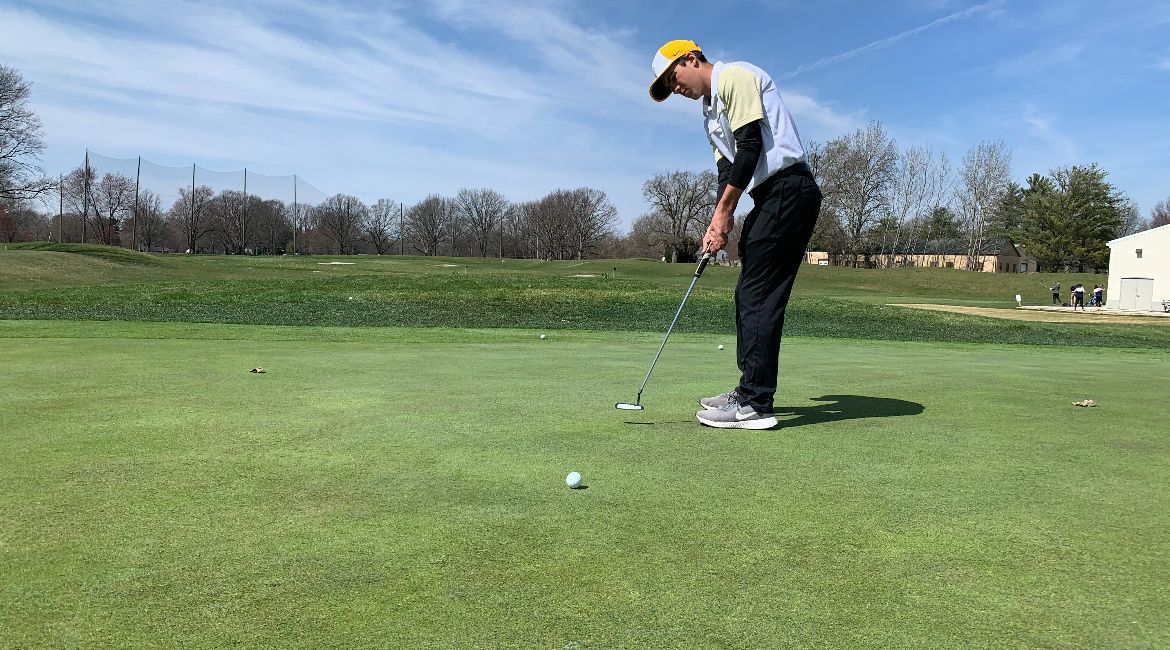 Caleb VanArragon turned in his second straight runner-up finish this week at Butler.

“This was the second consecutive tournament that we were right in the mix to win the event during the final round. We knew that we had to put together a really solid closing round, finishing somewhere around par for our team score today. The guys had a terrific mindset, not anxious, but excited to compete for the title. I felt their focus was excellent today, playing in the moment and staying focused on each shot. They never got out in front of themselves and they played with determination.”

“One of the great things about competition is that it tells the player and coaching staff exactly what needs the attention in practice. We’ve had four tournaments this spring, and the guys keep playing better with each round even if the score doesn’t show it. The confidence continues to build and we know what part of the game each of our guys needs to improve. While we have hit a lot of really good shots and posted some very solid scores this spring, our best golf is still in front of us.”

“The golf course was in tremendous shape and the greens were rolling very well. It was a joy to have the entire team traveling and participating in this tournament. Every one of our players has played multiple events this spring, and the competition is what these guys really desire.”

“After playing +4 in his first nine holes, Caleb really settled down well into the back nine of his first round and the following two rounds. He played his last 45 holes at -4, and there was a part of it that seemed almost effortless. I can’t express enough how many putts that he had for birdie literally hit the hole and just missed – he had four or five of those today alone. Caleb puts the quality time in with team practice and so much practice time on his own. He’s finished second individually for these past two tournaments, and he knows that he still has better rounds in his tank. It was good for our entire team to watch him perform well for us this weekend.”