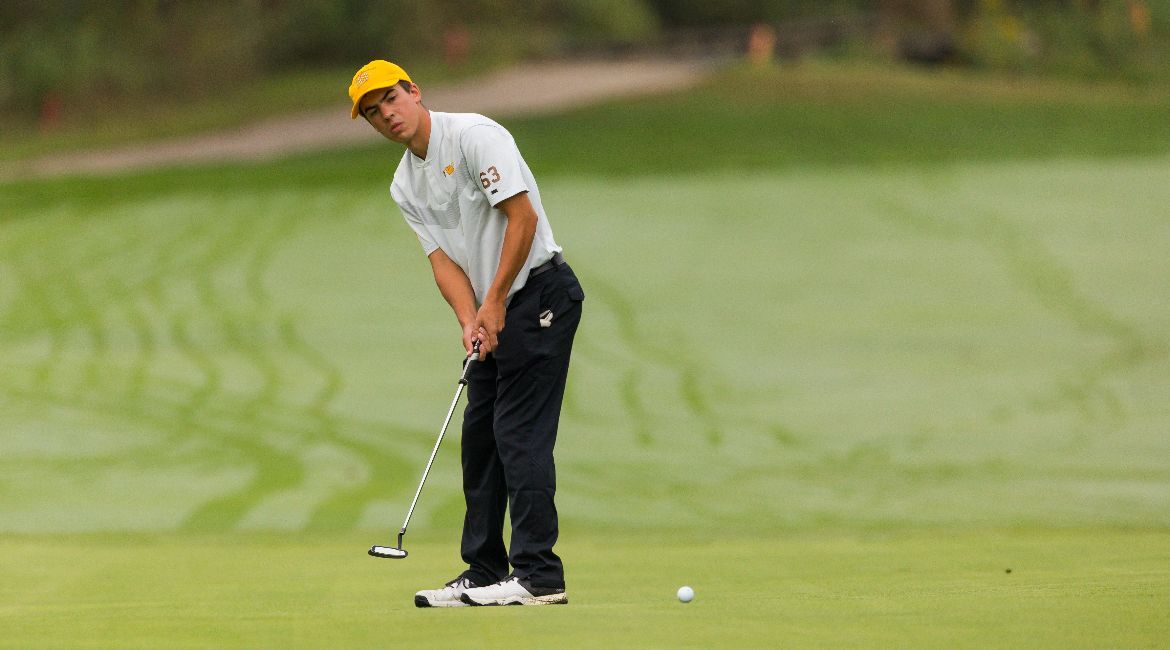 Caleb VanArragon is fourth in an 87-player field through 36 holes at Wright State.

The Valparaiso University men’s golf team is tied for third and just one shot out of second in a 17-team field through 36 holes at the Wright State Invitational, hosted at the par-71, 7075-yard Heatherwoode Golf Club in Springboro, Ohio. Caleb VanArragon (Blaine, Minn. / Blaine) owns Valpo’s top score entering Monday’s final round.

Valpo will conclude the Wright State Invitational with the final round on Monday in Springboro, Ohio. That will serve as the final round prior to the MVC Championship, hosted by Loyola in Flossmoor, Ill. on April 26-27.