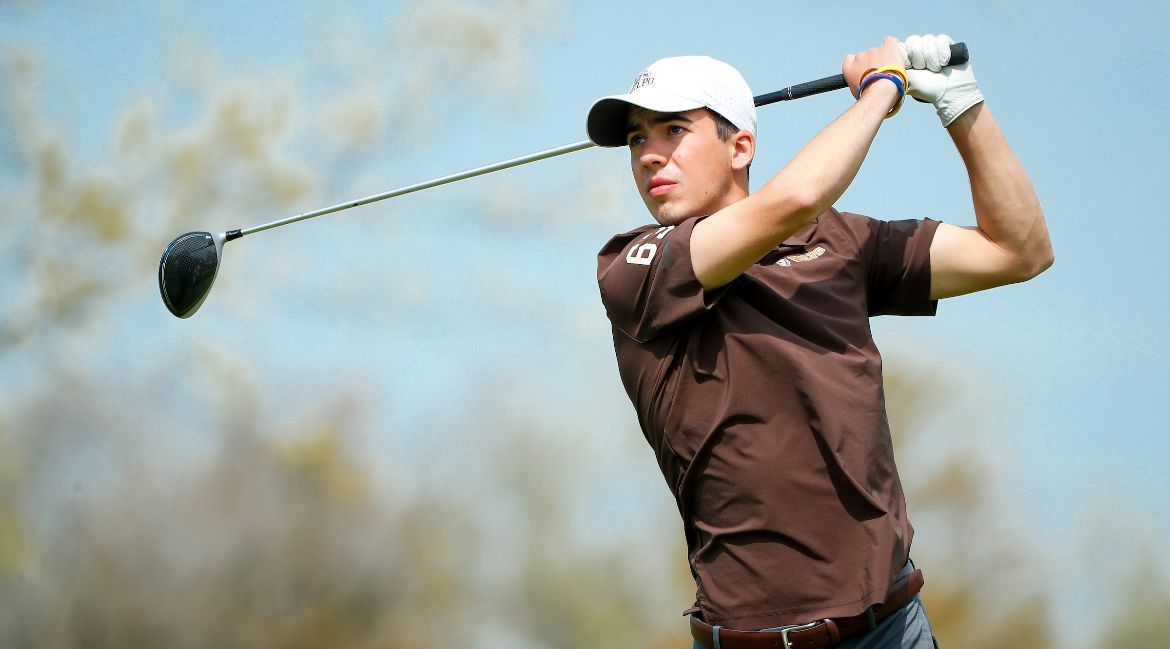 Caleb VanArragon is second of 45 golfers through two rounds at the MVC Championship.

Valparaiso University men’s golf sophomore Caleb VanArragon (Blaine, Minn. / Blaine) enters the final day of the Missouri Valley Conference Championship in second of 45 players on a competitive individual leaderboard. VanArragon led the way for Valpo, which sits in sixth place but is only five strokes behind second in a tightly-packed field at the par-72, 7070-yard Flossmoor Country Club in Flossmoor, Ill. The teams battled windy conditions throughout the day on Monday.

“While conditions were very challenging today with the sustained 20-25 mile per hour winds, the entire field played in the exact same conditions. I thought the attitudes and the mindsets of our guys were very good since they knew what type of conditions we were going to be playing for the entire 36 holes. It made for a long day, when the course doesn’t really offer any ‘break’ during the 18 holes and the wind never calmed down.”

“The scorecard doesn’t show how many good shots our guys actually made throughout the day.  It was a challenge to simply make a birdie out there today. I was very pleased with the pre-shot routines of the team and even backing-off shots, if the wind was blowing too hard or they didn't feel quite set over the ball. The team kept battling throughout the day, and that’s certainly all that we as coaches can ask for.”

“Brett and Caleb played very well in our first round. Both of them were very steady tee to green and both of them made a couple birdies and a lot of pars. We talked about getting off to a good start, and that’s exactly what the team did.  We were in a great position after the first nine holes, but we had our challenges making putts and too many big holes on the back nine. In the second round, we really had a hard time making birdies and we had even more doubles and triples throughout the round.”

“We’re going to have to play even more sharp and mentally strong tomorrow if we are going to make up any shots on the field and try to claw our way back up the leaderboard. We feel we have a terrific opportunity to play well tomorrow and we are going to get after it.”

Valpo will compete in the second and final day of the MVC Championship on Tuesday in Flossmoor. A link to live scoring via GolfStat is available on ValpoAthletics.com.