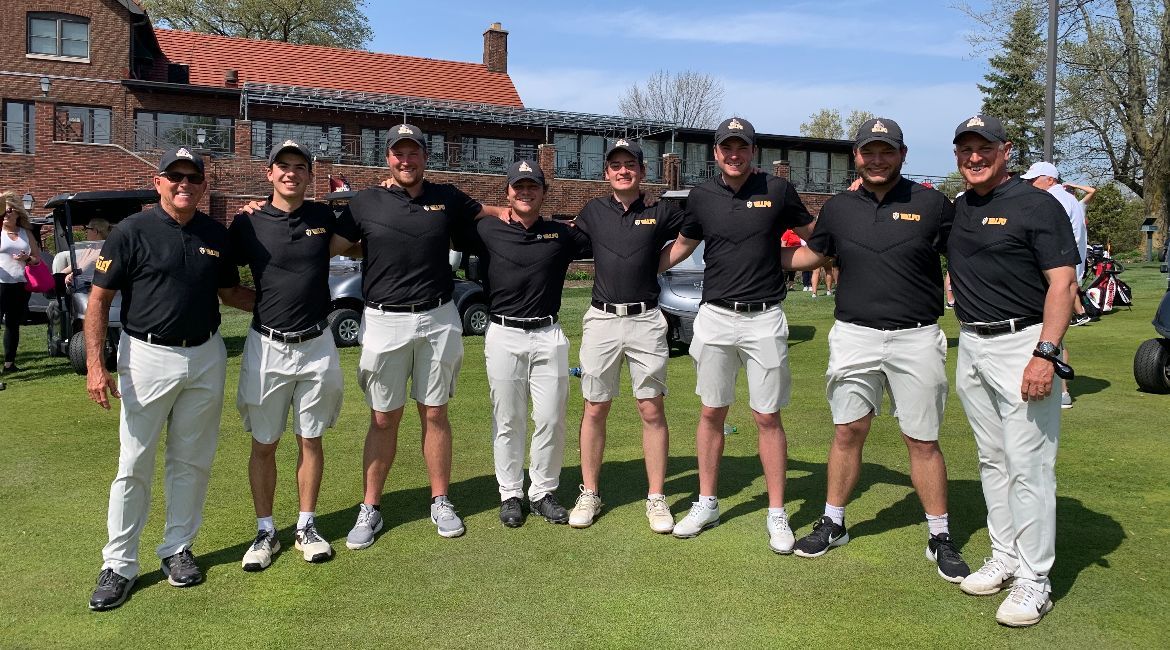 Valparaiso University men’s golf sophomore Caleb VanArragon (Blaine, Minn. / Blaine) was recognized for his excellence both in competition and in the classroom on Tuesday as he earned All-Missouri Valley Conference accolades in addition to garnering the league’s prestigious Elite 17 Award for his academic performance. VanArragon’s honors came after his top-5 individual showing helped Valpo finish fourth on the team leaderboard in the MVC Championship, hosted by Loyola at the par-72, 7070-yard Flossmoor Country Club in Flossmoor, Ill.

“It's always a challenge for both coaches and players to see a season come to an end. Both groups put so much time and effort into all that is demanded and sometimes the finish line comes pretty quickly. It’s hard to believe the season has concluded, but we played eight tournaments this year and this team provided one of our best seasons. I look at all this team endeavored and accomplished this year, especially with the challenges of COVID, and our coaching staff could not be prouder and more pleased with the performances of our players.”

“We had some aggressive goals coming into the championship and the team was playing with a lot of momentum and a quiet confidence. Within each spring tournament, we had seen progress in our preparation and results. We felt like we had a good plan in place for attacking the golf course the past couple of days. We didn’t realize how fast and firm the greens were going to play and the 20-30mph winds made the conditions very challenging. Overall, the team played the first and final rounds pretty solid, but the second round really set us back from the leaders.”

“Drew had a magnificent final round for us today, shooting even par. He had the fourth lowest score of the afternoon and it was a terrific finish to his college career. Jack stepped in for us in the second round yesterday and gave us a great effort in providing a spark for our team. Mason had two +5 rounds for us and really played hard in his freshman campaign. Garrett improved in each of his three rounds and he finished the second half of the tournament playing very well.  Brett got us out of the gates quickly in the first round and he had an impressive +1 in the wind-swept first round.”

“Caleb's ball-striking was tremendous the entire tournament, and it was challenging for him to post birdies. He’s one of our best birdie producers on the team and he could only muster six of them over the three rounds. That provides an indication as to how challenging the course was playing. He really managed the golf course well and he just kept battling the elements like the rest of the team. Caleb received a lot of hardware after the conclusion of the tournament and our team could not be more happy for him and the season he put together.”