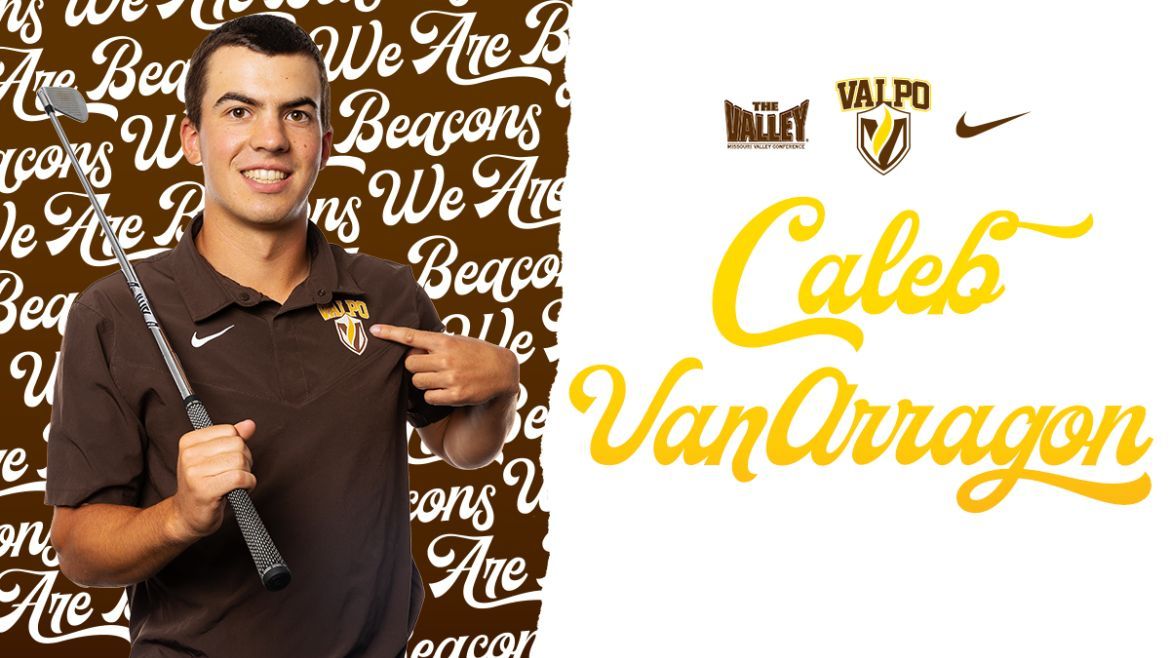 A banner week for the Valparaiso University men’s golf program continued on Wednesday as junior Caleb VanArragon (Blaine, Minn. / Blaine) was tabbed the Missouri Valley Conference Golfer of the Week for his play at this week’s Valpo Fall Invitational.

VanArragon earned individual runner-up honors in a 75-player field at the program’s annual home event, held on Monday and Tuesday at the par-72, 7042-yard Sand Creek Country Club course. Despite battling intermittent rain and challenging weather conditions over the two days, VanArragon carded a 54-hole score of 212 (72-71-69), finishing the tournament at four strokes under par. He was one stroke behind the individual medalist.

VanArragon finished a tournament at minus-4 for the fourth time in his career. The 69 (-3) on Tuesday represented a season-low round and was one stroke away from a personal best. He tied his own mark for the seventh-best 54-hole tournament low in the program’s modern history. The junior achieved an eagle on the par-5 first hole in Round 3. He helped Valpo post the second-best 54-hole tournament score in program history (855, -9) as the Beacons placed second in the 12-team field.

This marks the first time this season and the sixth time in his collegiate career that VanArragon has been tabbed MVC Golfer of the Week. He won two weekly awards as a freshman and three as a sophomore.

The Beacons will be back in action on Monday, Sept. 27 to begin the Zach Johnson Invitational, hosted by Drake in West Des Moines, Iowa.