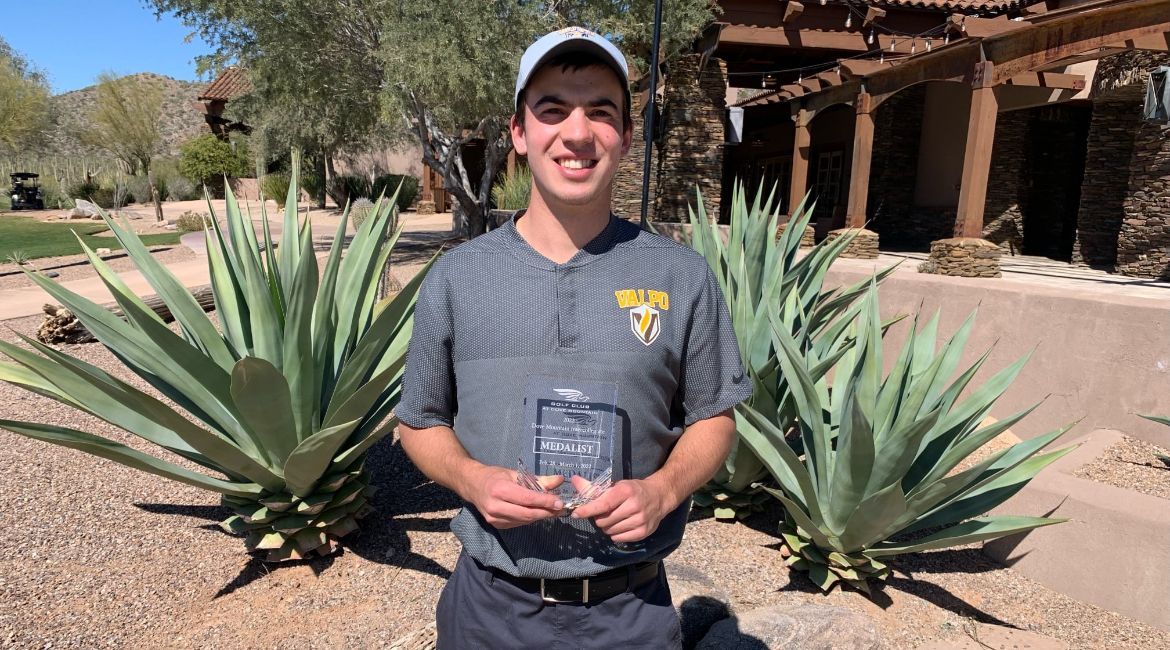 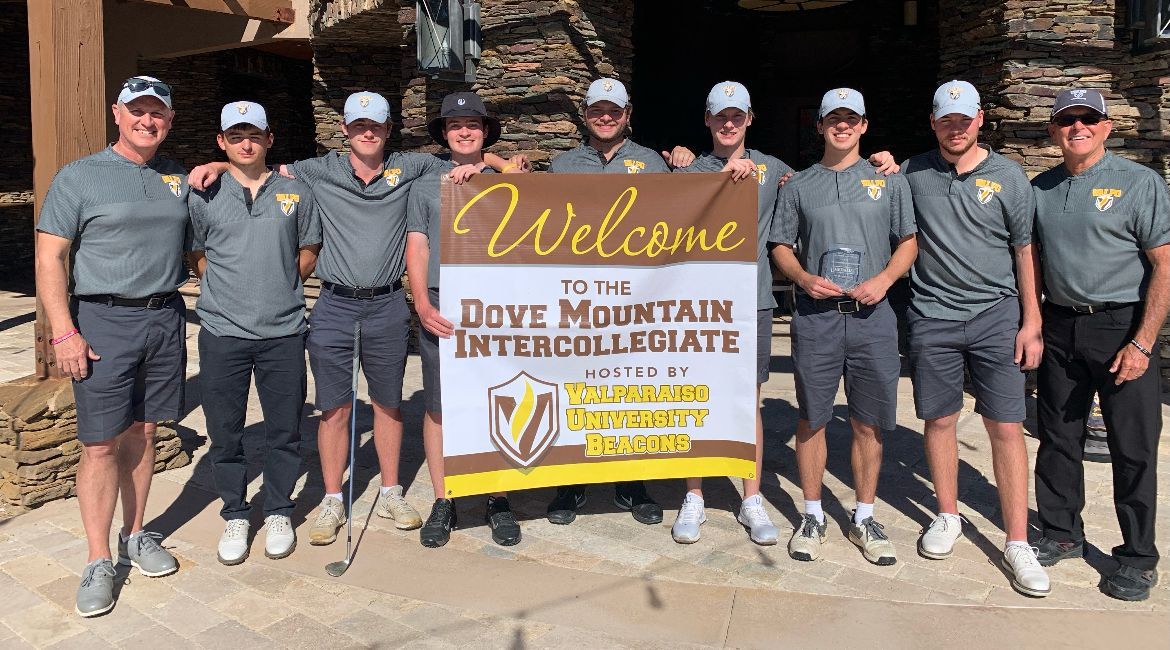 Junior Caleb VanArragon (Blaine, Minn. / Blaine) added to his long list of Valparaiso University men’s golf accomplishments on Tuesday at the Dove Mountain Intercollegiate in Marana, Ariz. VanArragon entered the day facing a four-stroke deficit for medalist honors, but made up five strokes over the final round to earn the top spot in the 41-player field.

"While we had another competitive tournament with the team close to finishing in first place, the experience we gain from these types of tournaments is priceless. It's certainly disappointing to come up short of the team victory, but the competitive rounds are telling us exactly what we need to work on prior to our next event. I told the team that I was very pleased with the desire and effort that they were showing throughout the tournament, despite playing through adversity at times with the challenging golf course."

"The Jack Nicklaus design Golf Club at Dove Mountain was a tremendous test for us. This will probably be the toughest golf course that we play all year. The golf course certainly rewarded good shots and poor shots were penalized. We talked about driving accuracy off the tee boxes, not missing approach shots to the short-side of greens and having good speed and distance control with our putting. Our accuracy off the tee was pretty good all three rounds. We had some unplayables, but not a lot of penalties from tee shots. We struggled with distance control of our irons and that put us in challenging positions around the greens for an up and down. Between the dry air and playing at a 2600' altitude, we had to really think through the distance of each approach shot. On the greens, we knew they had a lot of undulation and the green complexes would demand good speed with our putts. Each player left a number of strokes on the course from 3-putts and missed birdie opportunities."
"It was a joy to host the seven teams that were able to attend this inaugural tournament. The golf course is absolutely breathtaking, next to the Catalina Mountains of North Tucson. We could not have asked for better weather and it was terrific to take almost our entire team to the event. We are hoping to continue hosting this potential early spring tournament in the years to come."

Up Next
Valpo will return to the Valley of the Sun to begin the two-day GCU Invitational on Monday, March 14. The event will be hosted at GCU Golf Course in Phoenix.