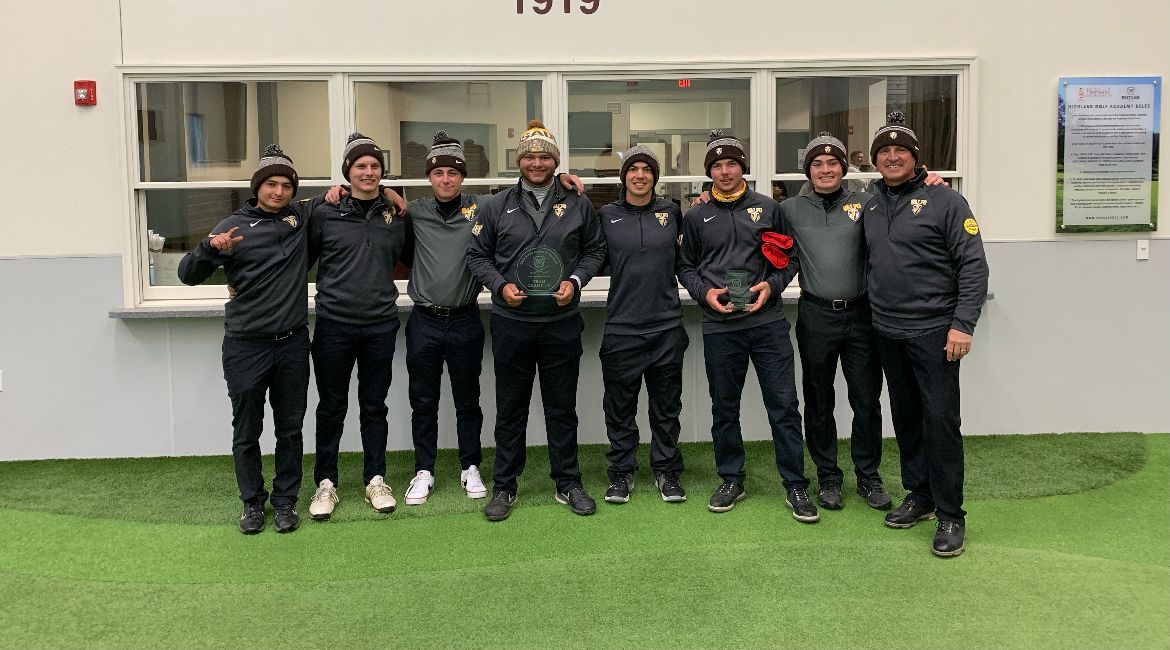 Valpo won its first tournament title of the season at the Butler Spring Invitational.

The Valparaiso University men’s golf team returned from a trip to the southern portion of the state with hardware on Tuesday evening.

The Beacons closed out a team championship in Tuesday’s second and final round of the Butler Spring Invitational, which was shortened to 36 holes due to cold temperatures and played at the par-70, 6551-yard Highland Golf and Country Club in Indianapolis. The squad battled through frigid weather conditions en route to the triumph in a 12-team field.

“This was an important victory for us today. It is not easy to win these 12-16 team invitationals, especially when you consider the talent on each team, the weather and course conditions of every round and just simply putting it all together in 36 or 54 holes. The common denominator of every team victory that we have celebrated over the years is the entire team participating and contributing to the victory. You really can’t win with just two or three of the guys playing well for the tournament. Every player has to contribute, and that was quite apparent with this win at Butler.”

“It has been over five years since we played in temperatures basically at freezing for our practice round and the 36-hole tournament. Going into the tournament, we knew that we would be dealing with chilly temps and winds that would make the conditions challenging. The guys were well prepared with the proper gear to keep warm and stay loose and flexible during the round, not letting their bodies tighten up. Each one of them really made good adjustments with their club distances and missing shots to the best side of the green. The greens still had some good speed and they were rolling well. I was pleasantly surprised by the overall quality of chipping and pitching and putting around the greens despite not practicing outside this spring. We didn’t make as many birdies today as yesterday, but the conditions were tougher, especially with approach shots to the greens. Also, for the scores that counted in both rounds, we only had to count three double bogeys. The guys managed the course well and played to their strengths.”

“Our team is thrilled to get the team victory and even more thrilled for Anthony to bring home his first medalist finish! His work ethic is exemplary and he has put a lot of time and energy into his practice and preparation this entire year. He said he felt even more comfortable and confident over the ball this weekend versus last weekend, and his ball-striking was outstanding. Twenty-six pars, five bogeys, four birdies and one eagle is a tremendous example of consistency and it’s even more commendable when you consider the conditions. Add to that a Top-10 finish for Garrett and another Top-10 finish for Caleb, and we really had everyone in the mix. We’re going to celebrate this victory and look forward to our next competition in a couple weeks."

The Beacons will take a few weeks away from competition before returning to the links on Sunday, April 17 to begin the Wright State Invitational in Springboro, Ohio. That will mark the final tournament prior to the MVC Championship.