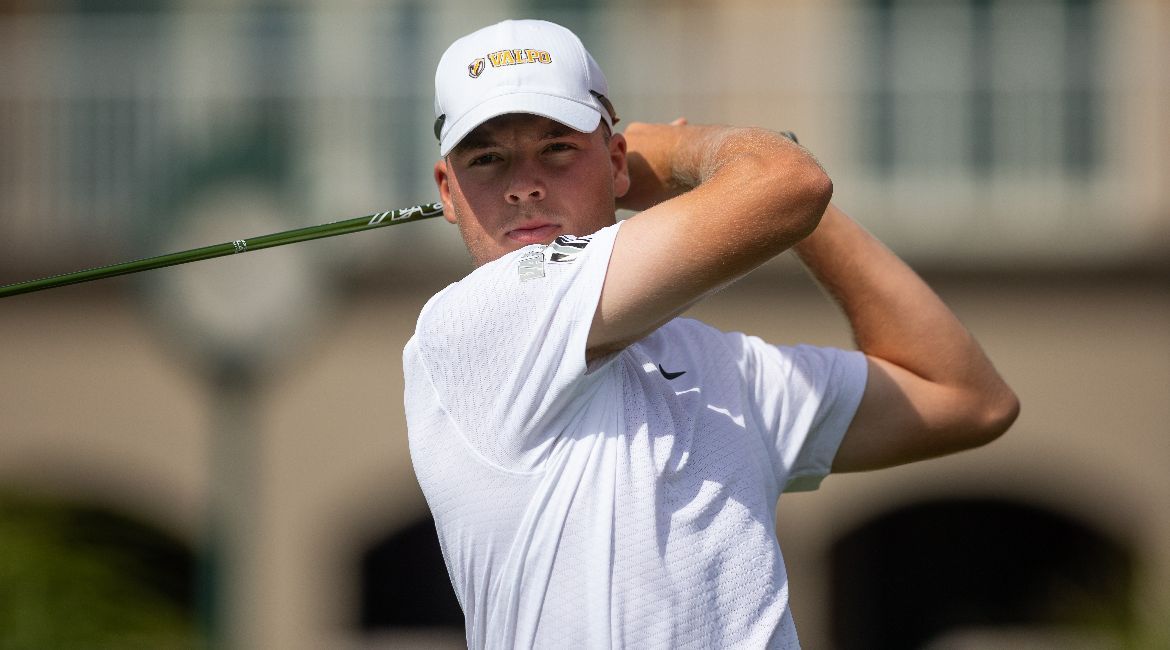 During Tuesday’s final day of competition, the Valparaiso University men’s golf team will look to close out a team title as the Beacons are atop a 17-team field at the program’s annual home tournament, the Valpo Fall Invitational. A pair of Valpo players are tied for the top spot in a 99-player field as Anthony Delisanti (Sanborn, N.Y. / Niagara Wheatfield) and Caleb VanArragon (Blaine, Minn. / Blaine) are battling for individual medalist honors at the event, which is hosted at the par-72, 7082-yard Sand Creek Country Club in Chesterton, Ind.

Valpo and the other teams that still need to finish the second round will begin play at 8 a.m. CT on Tuesday at Sand Creek CC in Chesterton. That will be followed by the third and final round of the event. A link to live scoring via GolfStat is available on ValpoAthletics.com.