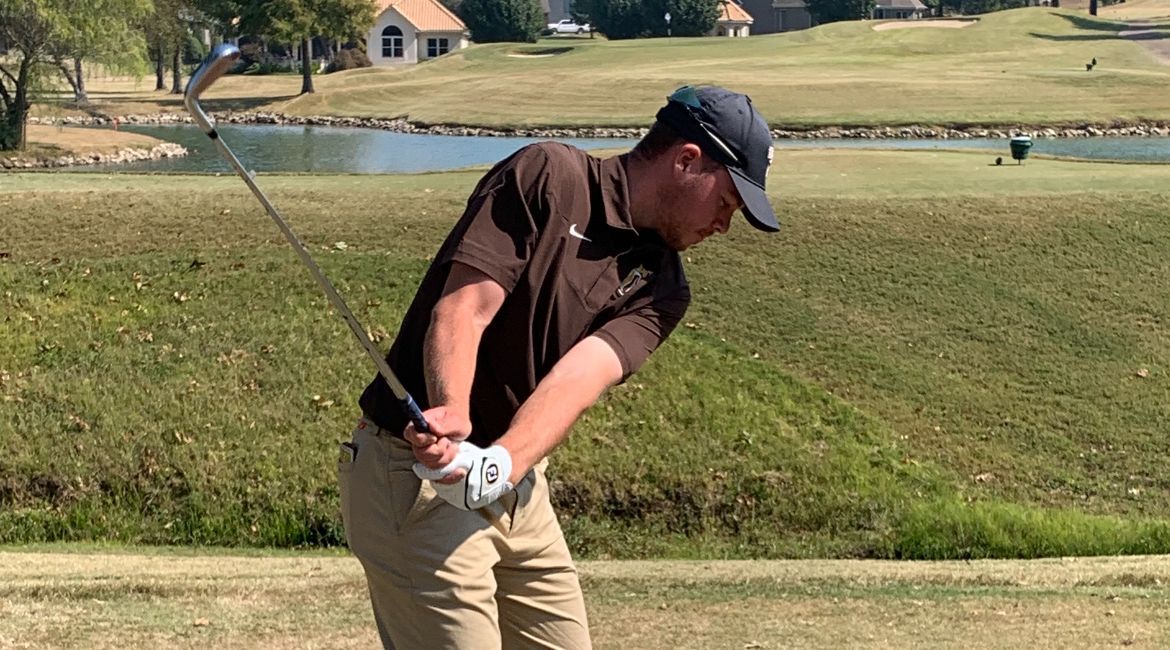 Sophomore Anthony Delisanti (Sanborn, N.Y. / Niagara Wheatfield) once again led the way as the Valparaiso University men’s golf team played the first 36 holes of the 54-hole Bubba Barnett Intercollegiate on Monday. Delisanti and senior teammate Caleb VanArragon (Blaine, Minn. / Blaine) combined to go par or better in all four of their collective rounds on the first day of action at the event, which is being hosted by Arkansas State at the par-72, 6565-yard RidgePointe Country Club in Jonesboro, Ark.

“RidgePointe CC probably has the best greens that we are going to play the entire season. They are running at a very good speed and they are challenging to read. We knew that we would have to be on the correct side of the hole and to be very conscious of our speed with our putting. I felt the guys putted very well, especially with their speed on the greens and reading the greens. Our birdie production was much better in the second round, and the guys made more adjustments on the greens in the second round.”

“The bermuda and zoysia grass is another adjustment that we have had to make for this tourney. The ball definitely sits down differently in the rough and around the greens. We knew the importance of hitting fairways off the tees and hitting the greens, especially with no short sides. We are going to have to hit more fairways and greens tomorrow to give us more birdie opportunities.”

“We're going to need a little more balance throughout our lineup tomorrow for our team to post our best score of the tournament. Owen helped us in Round 1 and Mason stepped up in Round 2. Anthony and Caleb hit a lot of fairways and greens and I thought they read the greens very well. We will need to continue to adjust to the speed of the greens and get some more putts to drop tomorrow.”

The event will conclude on Tuesday with the final 18 holes. Tee times will begin at 7:45 a.m. off the first and 10th tees. A link to live scoring via GolfStat is available on ValpoAthletics.com.