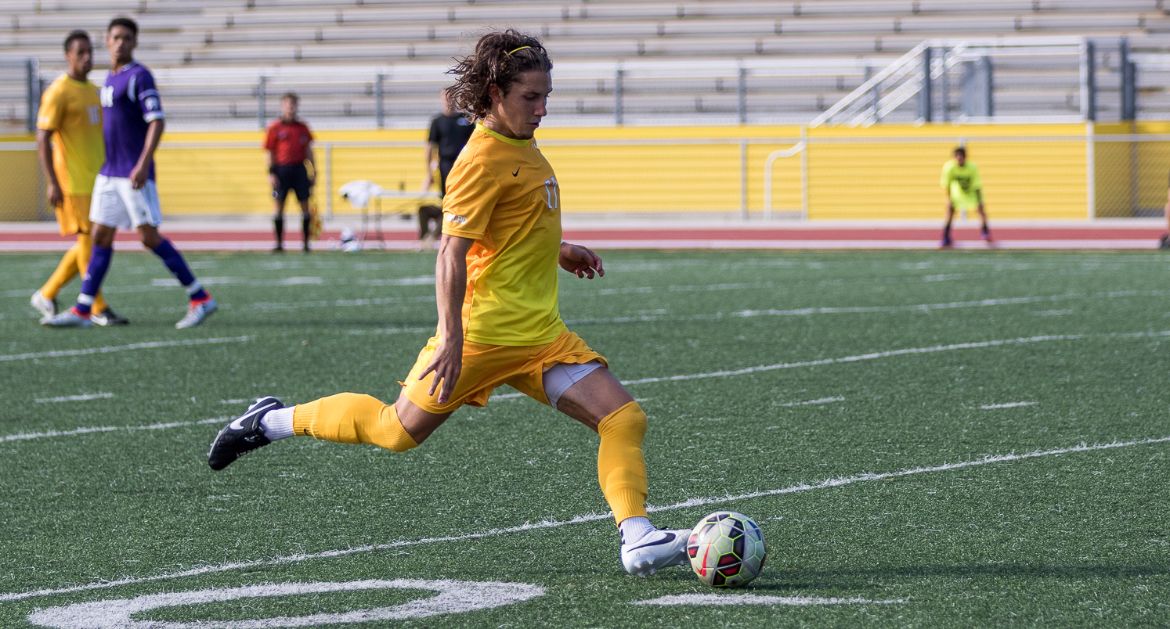 Isaiah Madrid picked up his second brace in as many years versus WIU.
Western Illinois at Valparaiso | September 04, 2016
Related Links
Related Links

“The early part of any season is about dealing with 'firsts': your first win, first loss, first goal scored, first goal against, first road game, first home game, and so on. We face these firsts, the good and the bad, and look to grow from them. It wasn't our best performance - and a lot of that has to do with Western Illinois - but it was nice to get our first win and first home game out of the way.”

“Some nice finishes from Isaiah Madrid and Nelson Landaverde will let us sleep a bit better tonight, and we now have a week to train to get ready for another first - our Horizon League opening game against Detroit. Detroit is always a good challenge for us, and we will have to be at our best to get a result here on Saturday.”

The Crusaders (1-1-1) conclude a brief two-match homestand Saturday afternoon at Brown Field as they open Horizon League play versus Detroit. Live stats will be available via ValpoAthletics.com.