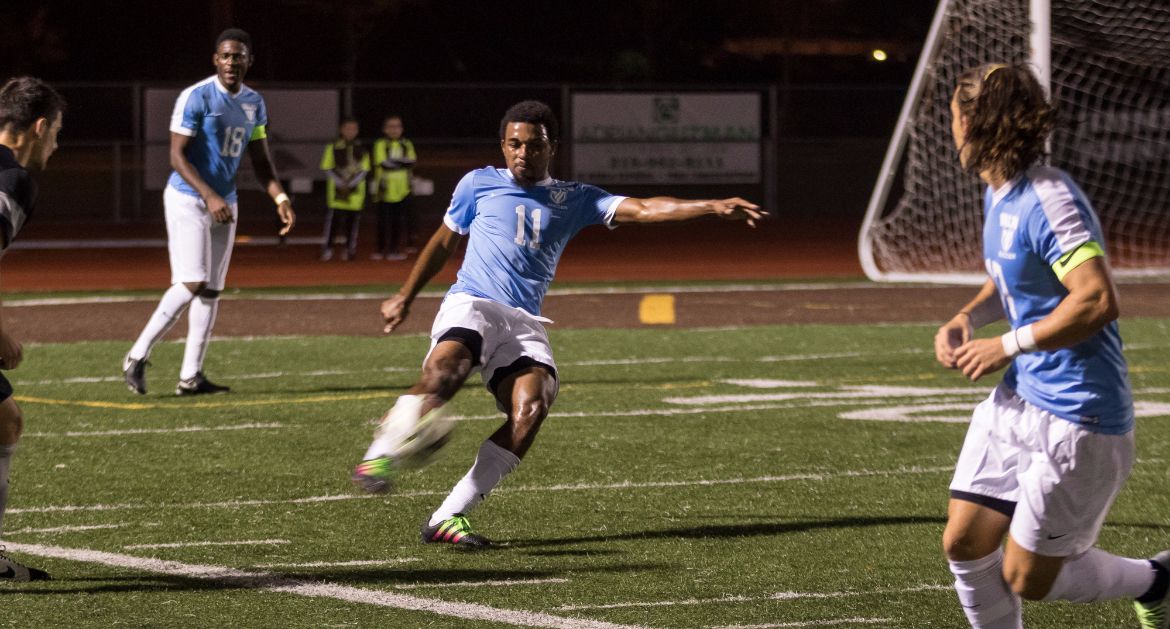 "It was an exciting game, filled with all the drama you'd expect when you're facing the two time defending champion of the league. Oakland has a very good team again this season, and deservedly they are a very proud team, so for anyone to knock them off is going to take a very determined effort.  I thought our guys had great focus, held our defensive shape well and created enough chances to earn the win.  It was a good performance and I am pleased that the good crowd that came out to help us support TOCO were treated to a Valpo win."

"The guys are very happy to occupy the top spot in the league, but they also know that if we don't back it up with another similar effort next weekend against Milwaukee, it will be a short stay at the top.  We have a little side business to take care of first with a quick trip early Sunday morning to Omaha for a Monday night game at UNO, and in some ways having to jump right back into action is a good exercise for our focus.  If we don't keep our feet right on the ground and pay attention to what's right in front of us, Omaha will make us pay.  We saw last year that they are a very talented team, so we will certainly have our work cut out for us."

The Crusaders (5-2-2, 3-0-1) step out of Horizon League play on Monday as they travel to Omaha to take on the Mavericks at 7 p.m. Links to live video and stats will be available on ValpoAthletics.com.