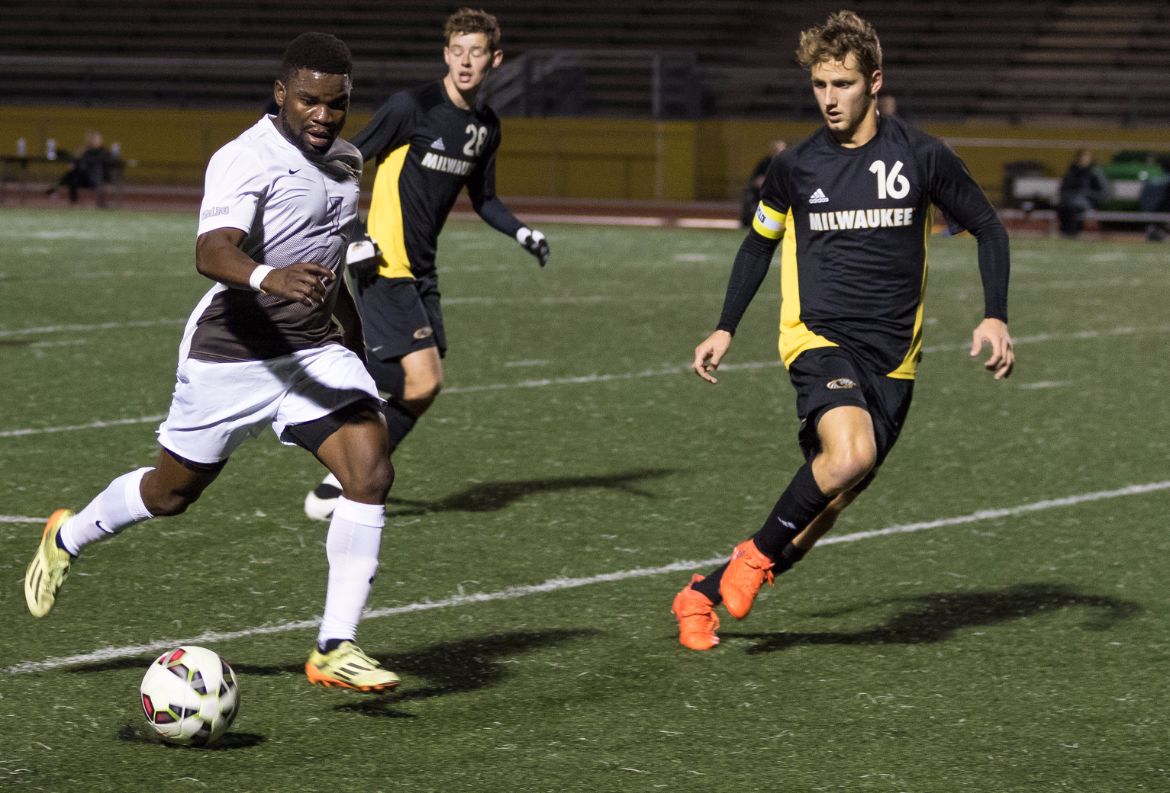 The Valparaiso University men’s soccer team raised its unbeaten streak to five and stayed undefeated in Horizon League play by virtue of a 1-1 draw with Milwaukee on Saturday night at Brown Field. Matthew Gweh (Apple Valley, Minn.) accounted for the lone Valpo goal, helping keep the Crusaders atop the Horizon League table in the process.

"We were a bit disappointed to leave a few points on the table tonight, but we also kind of got what we deserved.  We weren't sharp and caused a lot of our own problems, and Milwaukee is a good team so they were able to build some momentum out of our mistakes. At the end of the day, a draw is probably a fair result.”

“The good news, though, is that the point we did earn keeps us at the top of table for at least another week. Next weekend's game in Green Bay is a big chance for us to take back some points with a road result, so we will use the Tuesday non-conference game as an opportunity to spread some minutes around and get ourselves ready for league play on Saturday. Western Michigan on Tuesday is a great challenge, and has one of the better teams on our schedule, so we will have our work cut out for us in these next few days."

The Crusaders (6-2-3, 3-0-2) hit the road for a stretch of four straight matches away from Brown Field. The road swing begins on Tuesday as the Crusaders head to Kalamazoo, Mich. to meet Western Michigan at 3 p.m. CT. A link to live stats will be available on ValpoAthletics.com.