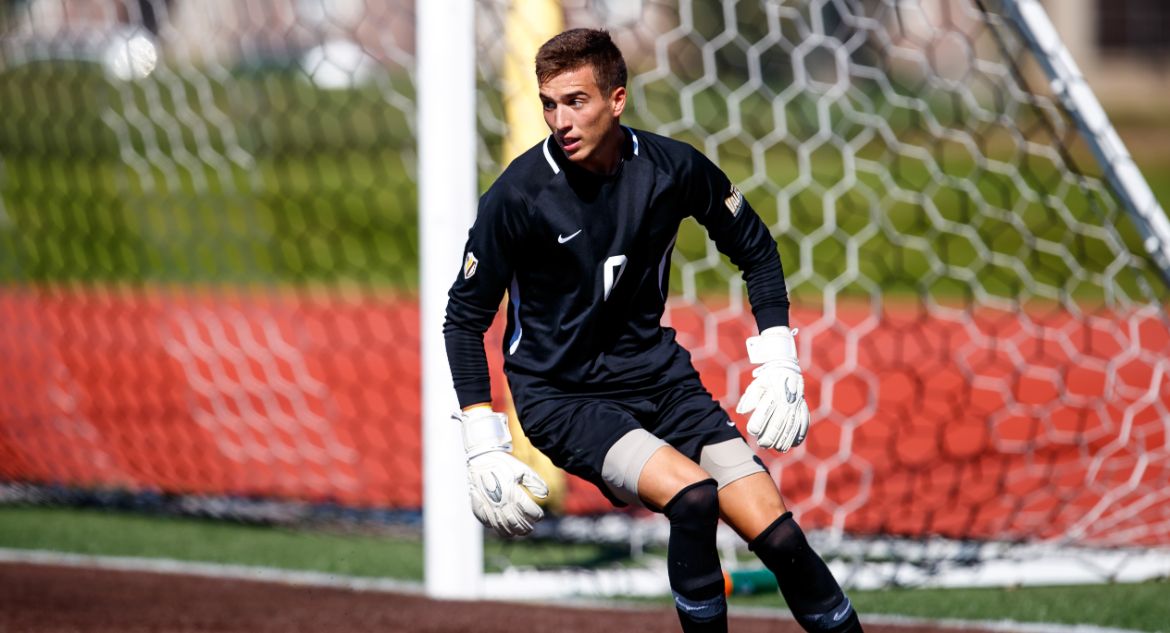 Nacho Miras picked up his third shutout of the season on Sunday.
Loyola at Valparaiso | October 07, 2018

The Valparaiso University men’s soccer team played to a scoreless draw with Missouri Valley Conference foe Loyola on a misty and foggy Sunday night at Brown Field. Valpo put together its best performance of the past month to earn a gritty point in the Valley standings against a quality conference foe.

“Conference games are always a battle, and this one was no different. What I told my team after the game was that while this was probably not our best soccer game in terms of the technical parts of the game, this might have been our bravest performance since I've been at Valpo. We had a tough week last week and the natural inclination for a team might be to play carefully or timidly when you're going through a difficult stretch. I thought we were proactive and brought a great spirit to the game, and I am proud of the way we approached this match. Of course we wanted all three points, but at the end of the day, it was a fair result and a good battle against a good team. The job now is to build on it.”

“Our season is very defined right now – we need enough points to qualify for the postseason and then we need to be playing our best when that tournament comes. This was the best we have played in the past three or four games, so that's a positive and we will try to carry some momentum into our midweek game at EIU and then into our conference game on Saturday at Bradley.”

Valpo will step outside of Missouri Valley Conference play for the final time this season on Wednesday with a 3 p.m. kickoff at Eastern Illinois. Live stats will be available.