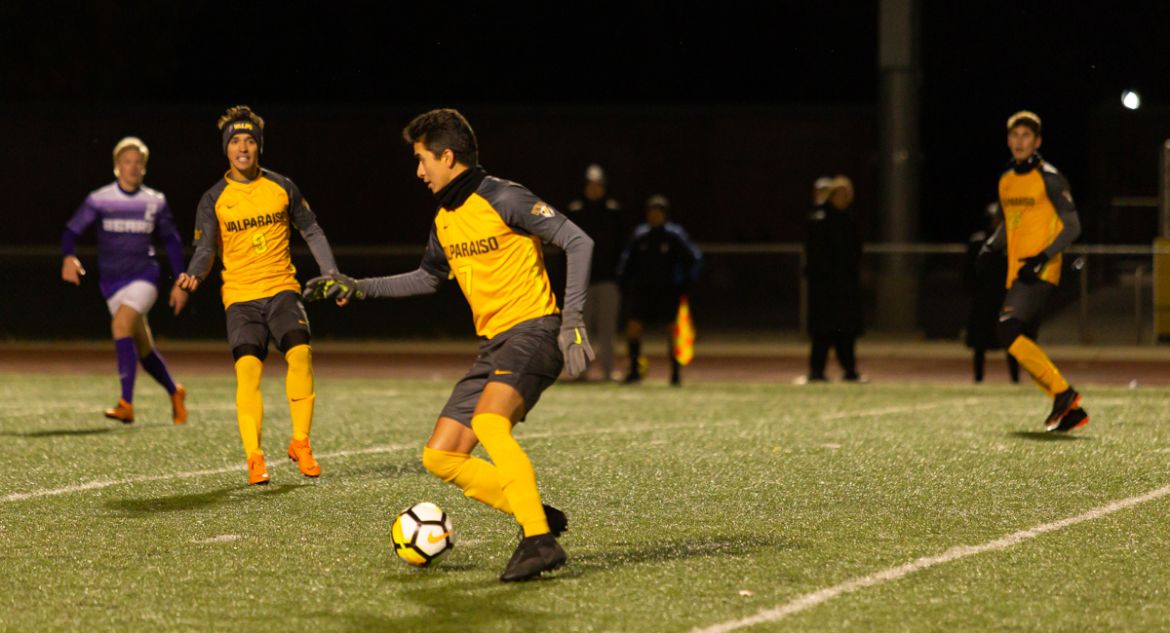 Adan Garcia scored his first goal of the season on Saturday.
Central Arkansas at Valparaiso | October 20, 2018

The Valparaiso University men’s soccer team added to its unbeaten streak and picked up another point in the Missouri Valley Conference standings on Saturday night, playing to a 2-2 draw with Central Arkansas at Brown Field. All four goals came in the second half with Valpo jumping out to a two-goal edge before the Bears roared from behind to earn the eventual tie.

“It was a difficult night to play with the cold and especially the wind, and I thought both teams did a reasonable job to combat the conditions. It's a two-sided coin for us as we look at this result. On one hand, we are disappointed because we should really be able to see out a two-goal lead. We switched off for a little bit, UCA took advantage, and we let them back in the game with some poor organization in our defending block. UCA is a talented attacking team and if you give them room, they will take advantage. We had been good all night, but a five-minute stretch rattled us.”

“On the positive side, though, we were able to settle back down and we looked more like the team that might win the game in overtime. It's a good point as we look at the conference standings, and we will need at least one more result out of our last two games to ensure a place in the tournament. Next weekend's game at Evansville shapes up to be a huge opportunity for both teams, so we will do our best in the coming days to prepare.”

Valpo (4-7-3, 1-1-2) will play the final road game of the season next week with a game at Evansville that begins at 5 p.m. CT. The fixture will be carried on ESPN3 and links to live video and stats will be available.