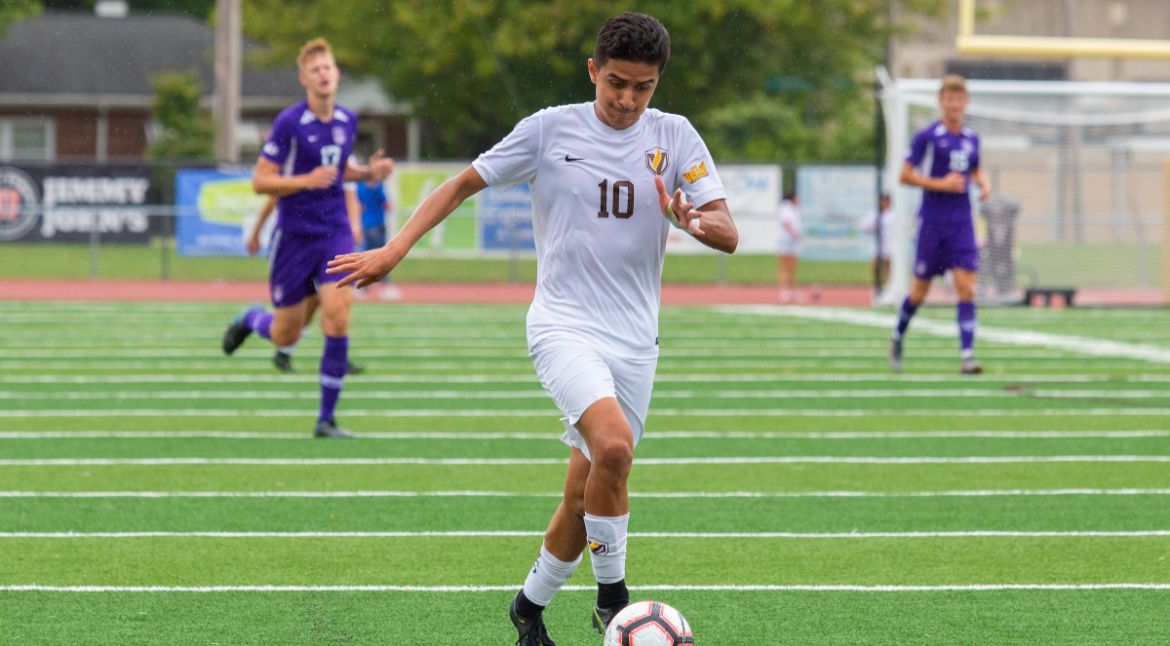 Adan Garcia became the first Valpo player with three assists in a match since 1985 on Wednesday.
Valparaiso at Drake | October 23, 2019

“This was a really gutsy performance tonight in tough, windy and cold conditions and against a talented Drake side. I thought we did well to adjust to their shape, which was different than the first time we played them, and once the boys made some adjustments, we were able to get some decent pressure to Drake. All three goals came from our ability to win the ball in their half and take advantage of some counter spaces.”

“I’ve been saying all week that if we are going to have any influence on the league race, Adan Garcia, Demar Rose and Mason Marcey are going to have to lead us. All three were influential tonight in the game, and they spurred on some very good performances from the entire group.”

“We will now focus on managing the travel and the quick turnaround for Sunday’s game. We are very eager to get back to Peoria and face Bradley.”

Valpo (3-9-1, 2-4 MVC) will round out a stretch of five straight on the road on Sunday at 1 p.m. CT at Bradley. Please note that the match on Sunday will take place in Peoria, a change from the original schedule. The fixture will be broadcast on ESPN3 with links to live video, audio and stats available on ValpoAthletics.com.