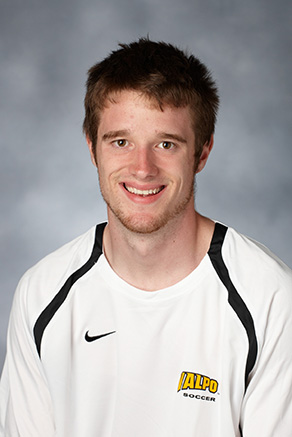 2008: Made five appearances in the defensive backfield for the Crusaders, including earning a spot in the starting 11 Sept. 14 at Evansville … Valpo earned three shutout victories in the five games he appeared in, including a 1-0 blanking of #25 Bradley on Sept. 12 … earned Horizon League Academic Honor Roll mention for both fall and spring semesters.

2007: Appeared in six games, including four starts, as a freshman for Valpo after originally planning to redshirt ... helped fortify the Crusaders' back line starting with their Oct. 9 game at Western Michigan, earning start in first career contest ... Crusaders allowed just seven goals in the six games he appeared in and just five goals in his four starts.