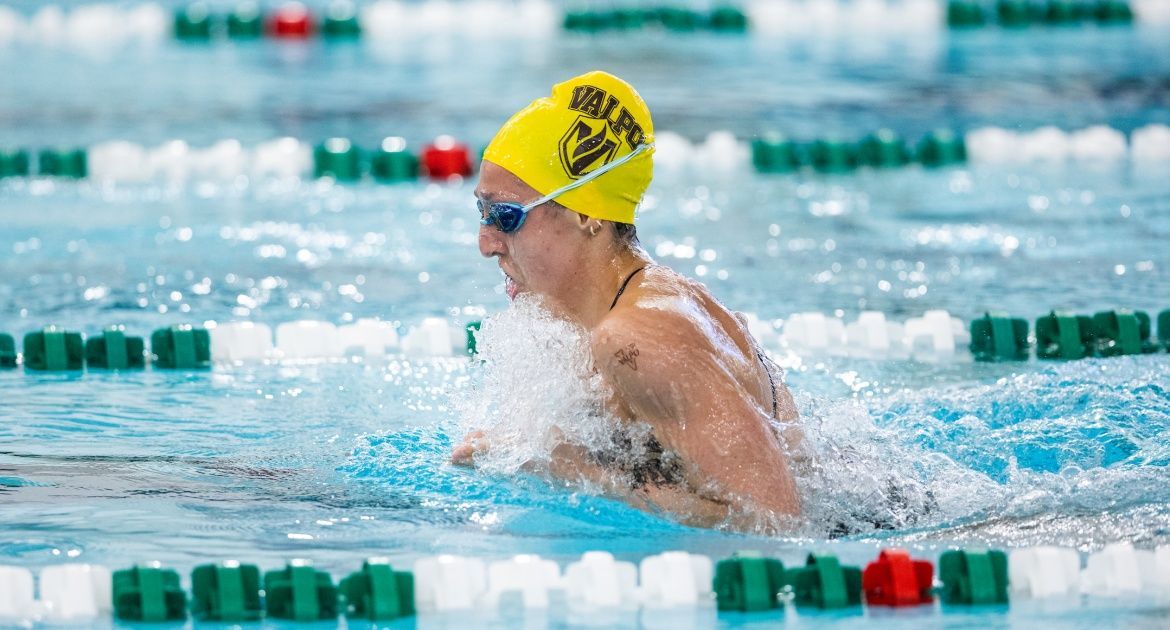 Sara Strauss moved into fifth in program history in the 200 breast on Saturday.

Numerous Valpo swimmers found their way into the program’s record books on Saturday as the Beacons concluded the A3 Performance Invitational in Carbondale, Ill.

Valpo competes for the final time this semester as the Beacons host Butler and Lewis in a tri-meet at the Valparaiso Aquatic Center on Friday, Dec. 2 starting at 5 p.m.