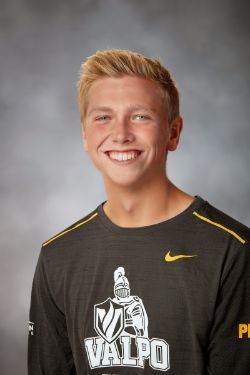 2018-19: Posted a 19-9 singles record including 11-6 in dual matches and 4-2 in Summit League play… Also enjoyed a winning record in doubles by going 15-10, 2-1 in conference… Enters his senior year with a singles winning percentage of .656 that ranks sixth in program history… Won Flight D Singles at the Purdue Fall Invitational, capping a perfect 4-0 weekend with a 6-1, 6-1 victory over Butler’s Ryan Roegner in the final on Oct. 8… Enjoyed Summit League singles wins over Oral Roberts, Illinois State, Omaha and North Dakota… Finished the year with three straight doubles wins in matches that finished as he paired with Chad Kissell in a win over Illinois State before he and Daniel Langston earned wins over North Dakota in the regular season finale and over Drake in the Summit League Tournament.

2017-18: Went 9-8 in singles and 11-13 in doubles as a sophomore… Teamed with Franklin Brozovich for league doubles wins over Omaha and South Dakota State… Paired with Daniel Langston for an important victory at third doubles on April 27 against Denver in the Summit League Tournament semifinal, a 4-3 win that saw Valpo punch its ticket to a league championship match for the fourth consecutive season.

2016-17: Member of a team that won the Horizon League regular season and tournament titles, set the school record for wins with 23 and appeared in the NCAA Tournament... Went 12-4 in singles play (7-0 dual) and 8-3 in doubles during his redshirt freshman campaign... Prevailed in his collegiate debut on Sept. 16 with a 7-6(2), 6-3 win over Washington U in St. Louis' Konrad Kozlowski at the Duke James Bonk Invite... Was undefeated during the spring season while seeing time at No. 5 and No. 6 singles... Competed in one Horizon League match, notching a 6-3, 6-4 win over Northern Kentucky's Blaine Carr on April 8.