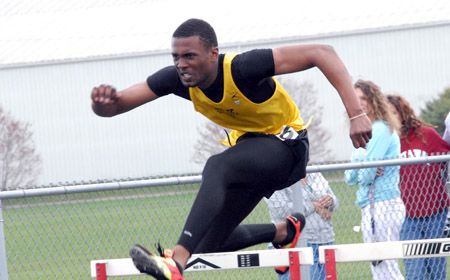 On the infield, sophomore Jarrett Mickens led three Crusaders competing in the long jump with a leap of 20’2”, finishing in eighth place among the 19 competitors.  Freshman Bill Rixon paced Valpo in the weight throw, posting a distance of 41’0 ½”.

On the track, senior Tom Heun fell just short of qualifying for the event final in the 60m hurdles, running the seventh-fastest qualifying time in the heats of 8.88 seconds.  Heun also led the Crusaders with a 13th-place showing in the 200m dash with a time of 23.96 seconds.  Freshman Vinnie Liuzzo was the fastest of three Crusader runners in the 60m dash, posting a time of 7.28 in the qualifying heats, while freshman Derek Egley crossed the line in 57.70 seconds in the 400m dash.

Valparaiso returns to action after the holiday season, taking to the track at the Mike Lints Alumni Open in Allendale, Mich. on Friday, January 16th.  The meet is slated for a 3 p.m. CST start.