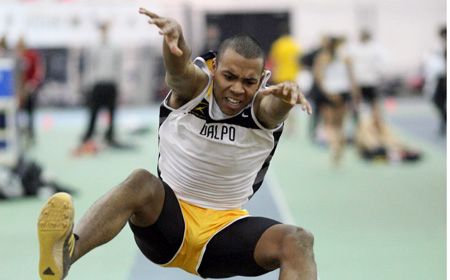 Mickens earned his third career weekly accolade, but his first weekly honor during indoor competition, from the league office.  He took top honors in the long jump Saturday at Illinois State, leaping 22’0 ¾” to earn the event victory, nearly three inches farther than his closest competitor.  The senior also registered a second-place showing in the triple jump, posting a mark of 46’3 ½” in that event.  Mickens’ efforts in both events were less than an inch shy of his indoor PRs.

Mickens and the rest of the Crusaders return to action after the holiday season, as their next meet is set for Saturday, Jan. 14 at the Bob Eubanks Open in Allendale, Mich.