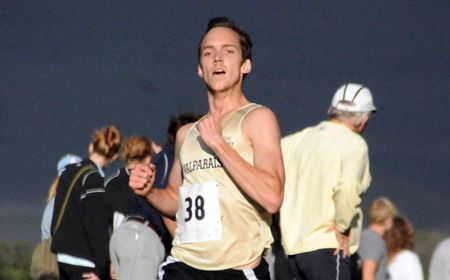 Mickens won the long jump for the second straight week, leaping 23'11 1/2” this week to win the event by six inches.  The senior has now posted top-two finishes in each of his four outdoor efforts in the long jump this season.  Elsewhere in the jumps, senior Steve Schubert (Naperville, Ill./Benet Academy) placed second in the triple jump with a mark of 42'8”, while sophomore Chris Hovan (Elkhart, Ind./Elkhart Christian) narrowly missed his PR in the same event, leaping 40'8 1/4” to place third.

Also on the infield, sophomore Andrew Rixon (Deerfield, Ill./Deerfield) set a new PR in the javelin throw, unleashing a toss of 147'0” to finish fifth Saturday.  Rixon's brother, junior Bill Rixon (Deerfield, Ill./Deerfield), registered a pair of top-tens on the meet as well, recording a ninth-place showing in the discus throw with a toss of 143'11”, while also finishing tenth in the hammer throw with a mark of 155'9”.

Hartenberger narrowly missed his PR in the 10,000m run Saturday to earn the event victory in the long-distance event, breaking the tape in 33:08.35.  Junior Jordan Piaskowy (Crete, Ill./Illiana Christian) just missed a podium finish in the 3,000m steeplechase, finishing fourth with a time of 10:35.27, while fellow junior Mack Morris (Eden Prairie, Minn./Benilde-St. Margaret's) completed the steeplechase in 11:36.50, good for sixth place.

The Crusader men continue their outdoor season next Saturday, April 23, at the Pacesetter Invitational in Terre Haute, Ind.  The meet is scheduled for an 8 a.m. CDT start.