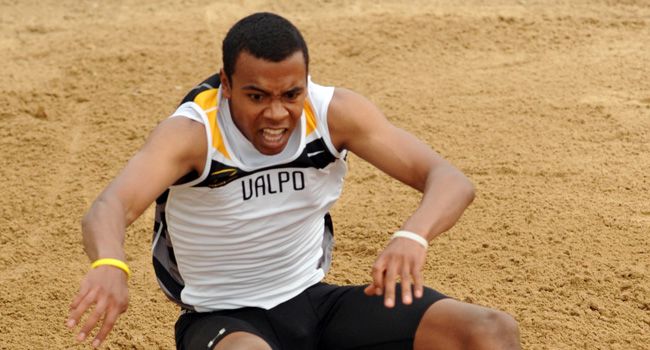 Valparaiso senior Jarrett Mickens (Aurora, Ill./Waubonsie Valley) completed his final tuneup for the NCAA East Preliminary Round on Friday evening, posting his second-best effort of the season in the long jump at the Gregory Invitational in Naperville, Ill., hosted by North Central College.

Mickens unleashed a jump on Friday evening of 24'4 1/4”, trailing by just over two inches his school-record effort of April 30.  The senior's leap was easily enough for the event victory by over a foot, his sixth victory of the year in the long jump in nine attempts.  Fellow senior Steve Schubert (Naperville, Ill./Benet Academy) competed for the final time in a Crusader uniform as well Friday, placing eighth in the triple jump with an effort of 43'7 3/4”.

Mickens will compete at the NCAA East Preliminary Round, hosted by Indiana University, this coming Thursday, May 26.  The competition in the long jump is slated to begin at 5 p.m. CDT.