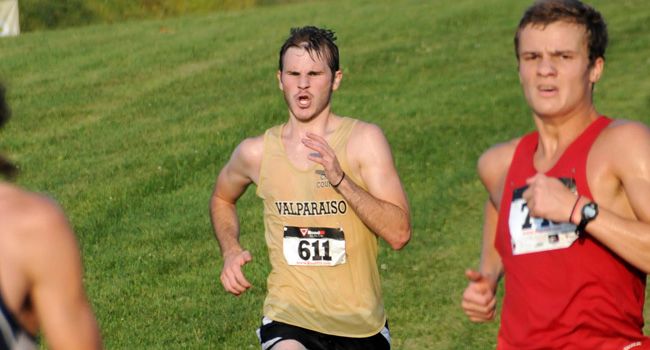 Adamik registered a top-ten finish in the 600m dash on Friday evening, as the freshman crossed the line in 1:23.32, good for ninth place among the 33 competitors.  His time was more than three seconds faster than his previous season best in the event and put him in third place all-time at Valpo in the 600m dash.

Fagan competed in a large field of 176 runners in the 5,000m run on Friday and acquitted himself well, placing 42nd with a time of 15:10.19.  The senior’s time was over 40 seconds faster than his season best in the 5K and vaults him into third place in Crusader history in the event with Valpo’s fastest time in 12 years.

Smith earned spots in the invite-only sections of the 60m and 200m dashes Friday night and showed why he was chosen with stellar performances.  The sophomore finished sixth in the 60m dash final with a time of 6.97 seconds, and then came up just one one-hundredth of a second shy of his own school record in the 200m dash, crossing the line in 21.71 seconds for a second-place finish.

Valparaiso concludes the GVSU Big Meet on Saturday with a long day of competition, slated for a 9 a.m. CST start.