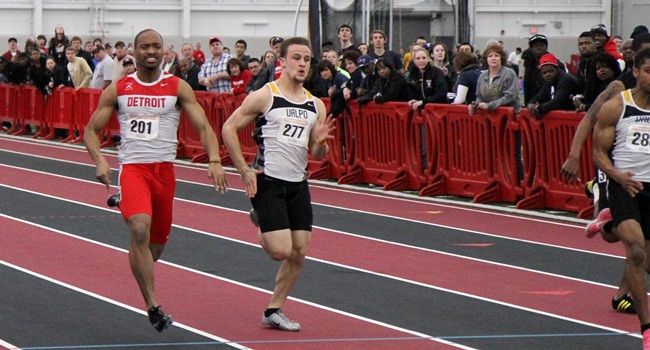 Nick Kowaleski was one of two Crusaders to compete on Friday. (Ron Stevens)
Related Links

Valparaiso sent a pair of runners to the Georgia Tech Invitational in Atlanta, Ga., as both Julian Smith (Chicago, Ill./Brother Rice) and Nick Kowaleski (Lockbourne, Ohio/Grove City) competed Friday evening in the preliminary heats of the 100m dash.

Neither Smith nor Kowaleski was able to qualify for the event finals. The sophomore Smith posted the better time of the duo, running his heat in 10.80 seconds, which ranked 39th out of the elite field of 65 runners who competed in the prelims. The freshman Kowaleski ranked 51st with a time of 10.88 seconds.

Both Kowaleski and Smith will compete on Saturday as well in the qualifying heats of the 200m dash.