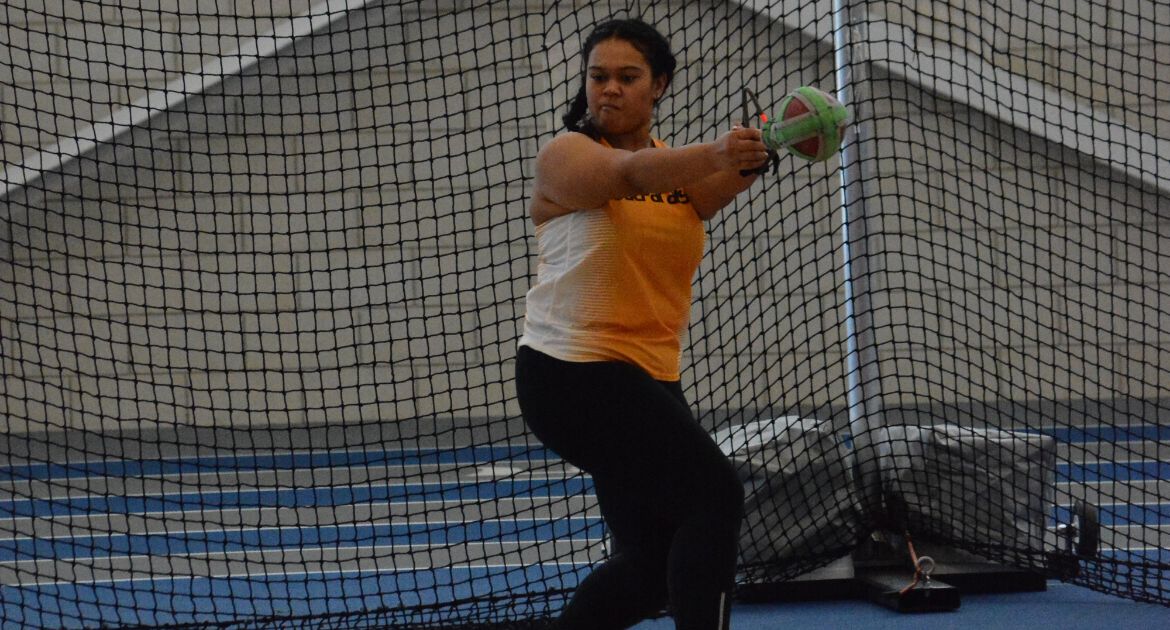 Gelli Greer had a pair of lifetime bests on Saturday.

The Valparaiso University track and field teams posted several team and individual victories on Saturday at the Fort Wayne Duals inside the Mastodon’s Athletics Center Fieldhouse. The men came away with wins against Butler, Detroit Mercy, Evansville, IUPUI, Morehead State, Northern Kentucky and Oakland. The women topped Evansville, IUPUI, Morehead State and tied with Butler in the final team standings.

“On a shortened week, this was a great meet for a lot of the team. At this point in the season, it’s all about overcoming the mental grind. We are into a heavy-load portion of training, and it’s sometimes difficult to remain positive and feel like your body is giving you all you need. If we can control what is between the ears, we will be in good shape.”

The Crusaders will hit the road again next week, when they take a trip to Purdue University for the Fred Wilt Open on Saturday, Jan. 27.