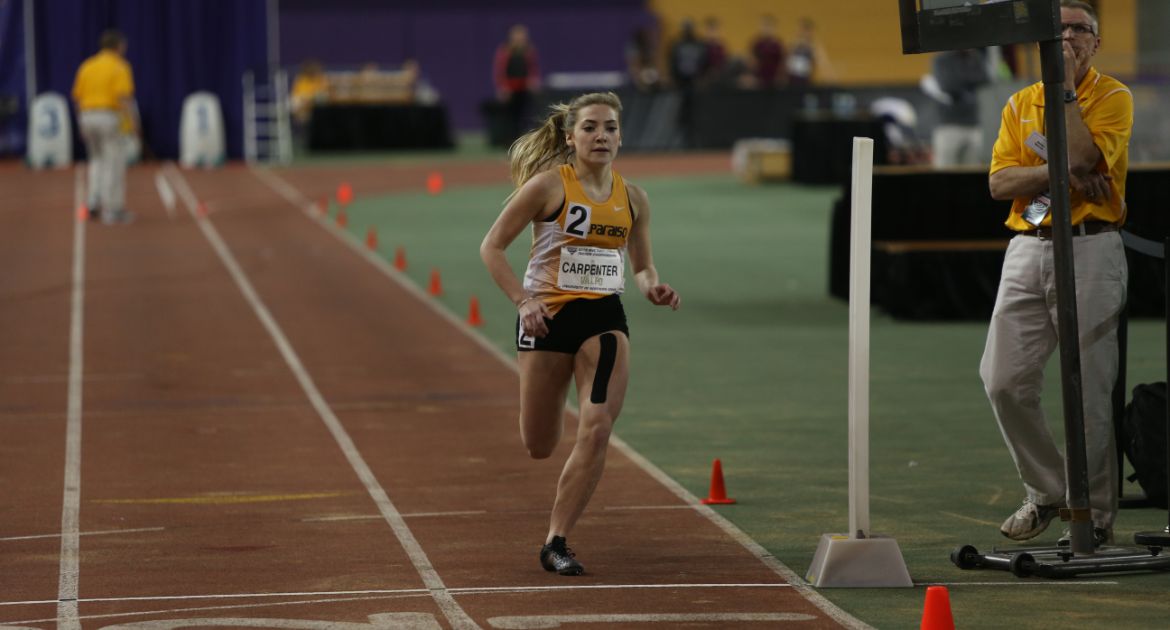 Alaina Carpenter set a new PR in the 800-meter dash on Saturday.

The Valparaiso University track & field teams reported to the University of Northern Iowa on Saturday for the start of the 2018-2019 Missouri Valley Conference Indoor Championships. Day 1 of the two-day event was highlighted by sophomore Carli Sowonik (Hebron, Ind./Hebron) and her fifth-place finish in the women’s pole vault.

Valpo will wrap-up the indoor portion of the schedule with the second and final day of the conference championships on Sunday in Cedar Falls. Day 2 of competition will once again be streamed on ESPN3 with links to live video and results available on ValpoAthletics.com.