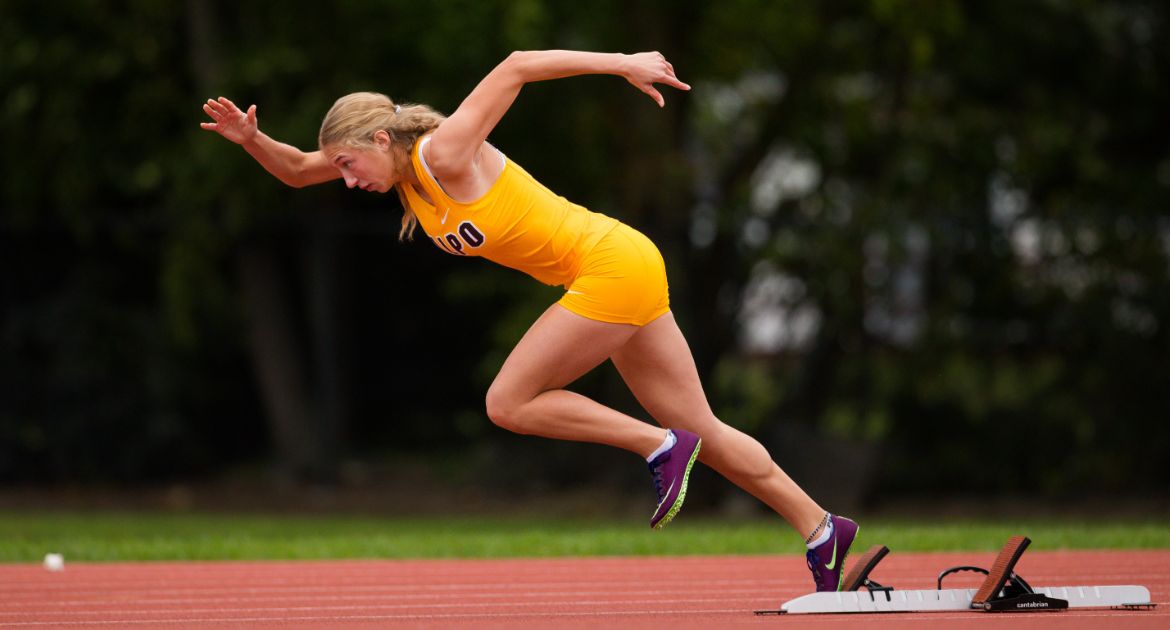 Sierra Fischer is now second in program history for the indoor 400-meter dash.

“What’s nice about having a solid early-season opener like this meet is seeing the work from practice translate to competition, and we saw a lot of positives form this meet, for sure. Sierra’s PR was a big one. I could tell when she ran past me that she was running well, and I wasn’t surprised when I saw her time. Bryce had a double PR. He will be preparing for the 400 hurdles in the outdoor season. For now, it’s about trying to drop his 200 and 400 times so he can ultimately drop his time in the 400 hurdles later in the year.”

“It was nice to see McCullough start off well in the long jump, especially after him being abroad last semester. To start the year with a PR is really encouraging. As for Lukas, I think his performance is something we were expecting him to run. He’s a really good short sprinter, and this time puts him already in line with the other sprinters. It will be nice to see what he can do in the spring when we continue the indoor season.”

Valpo will return in the spring semester to continue the indoor portion of their schedule with the GVSU Bill Clinger Classic in Allendale, Mich. on Friday, Jan. 17.