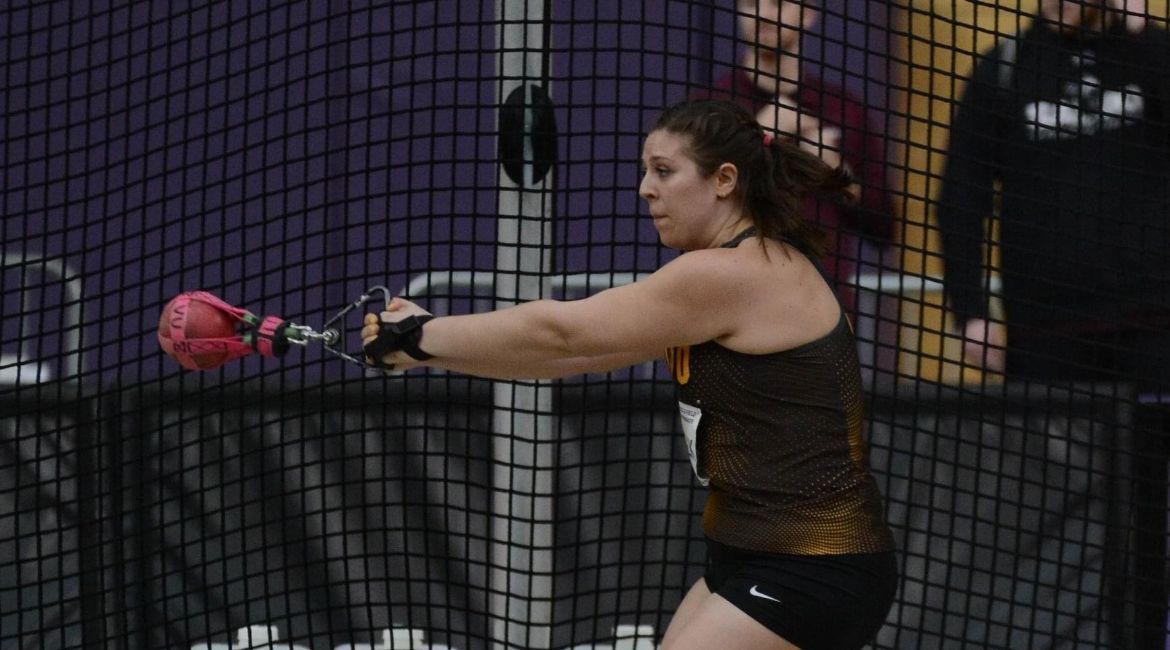 Crown Point native Hayley Krulik just completed her junior season at Valpo. The team added to its strong group of throwers on Thursday.

Patten is a standout in the discus and weight throw out of eastern Michigan, where she ranked first in both events on the Milford High School team. During the 2019 outdoor campaign, she recorded three top-3 finishes in the discus and was top-10 in the event in three other meets including a seventh-place finish at the Lakes Valley Conference Championship as a junior in 2019. Officially, her PR in the discus throw sits at 113-6 (34.59m) — a mark which would have ranked third for Valpo last year — though she has been scouted at distances up to 120 feet.

Patten is also heralded for her performance in the shot put; she has a personal-best of 32-4 (9.86m) and finished eighth in her conference in the event. Patten, who received collegiate offers from programs such as Pittsburgh, Colorado State and Northern Michigan, decided on Valpo as her new school.

Luebbering also led her team in the discus and was near the top of her high school squad in the shot put. She has a discus PR of 109-9 (33.45m) — just behind her signing-mate Patten — as well as a career highwater mark of 30-5 (9.30m) in the outdoor shot put and 30-9½ (9.39m) in the indoor iteration of the event. In 2019, Luebbering finished top-10 in both the shot put and discus at the Heart of Illinois Conference Championship and the IHSA 1A Girls Sectional Meet, highlighted by a fourth-place finish in the discus at sectionals.

Gerhardt is a product of nearby Chesterton High School and has the best shot put marks of her recruiting class with PR of 34-11¼ (10.65m) in the outdoor event. Gerhardt also qualified for the Portage Girls IHSAA Regional in the discus and has a PR of 99-1 (30.20m) in the event.

Wiseman was her team’s leader in the shot put at South Bend Riley, carrying a PR of 32-9 (9.98m) from her 2018 sophomore campaign. As a junior, Wiseman authored top-10 finishes at Penn Girls IHSAA Sectional in both the shot put and discus.

“These women will be fantastic additions to the already talent-rich throws program we have here at Valpo,” Moore said. “I am thrilled to add them to the program and am looking forward to seeing them achieve success in the near future.”

Johnson looks to become an immediate force for Valpo in the shot put, as his PR of 47-1 (14.35m) bests Valpo’s top mark in the event from the 2019 season. In the discus, Johnson brings a career-best mark of 114-9 (34.98m), which also would have ranked among Valpo’s top performances of 2019. After qualifying for IHSA 3A Boys Sectional in both shot put and discus, Johnson will look to continue his success with the Brown & Gold.

“Our men’s squad is thrilled to add Johnson to the mix next year,” Moore said. “I think there is such a high ceiling for this young man, and I am ready to see what he will add to our team.”