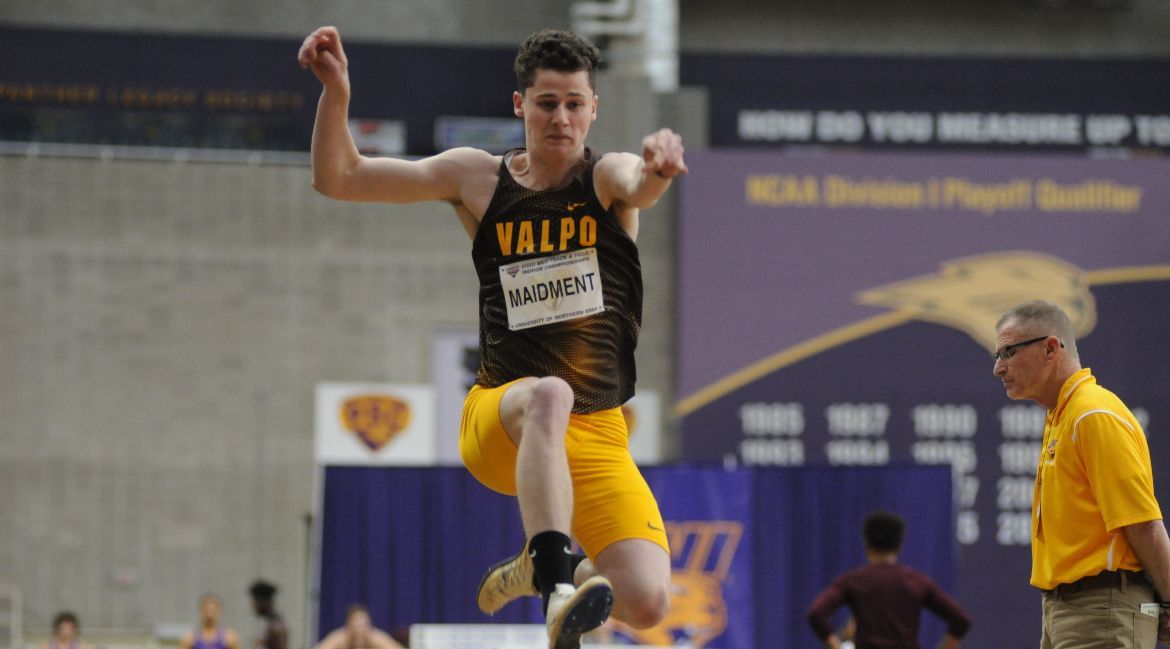 Will Maidment led Valpo in the jumps on Saturday at Indiana State.

The Valparaiso University track & field and cross country teams were in action this weekend, tuning up for their respective conference championships. Valpo received numerous standout performances on Saturday as the distance runners participated in the GVSU Big Meet hosted by Grand Valley State University in Allendale, Mich., while the remainder of the squad made its way to Terre Haute, Ind. for the Indiana State Invitational.

How It Happened – GVSU Big Meet

How It Happened – Indiana State Invitational

The Missouri Valley Conference Championships are on the horizon for both the distance runners and the remaining student-athletes. Valpo will compete in the MVC Indoor Track & Field Championships on Feb. 26-28 in Cedar Falls, Iowa while also partaking in the MVC Cross Country Championships on Wednesday, March 3 in Evansville, Ind.