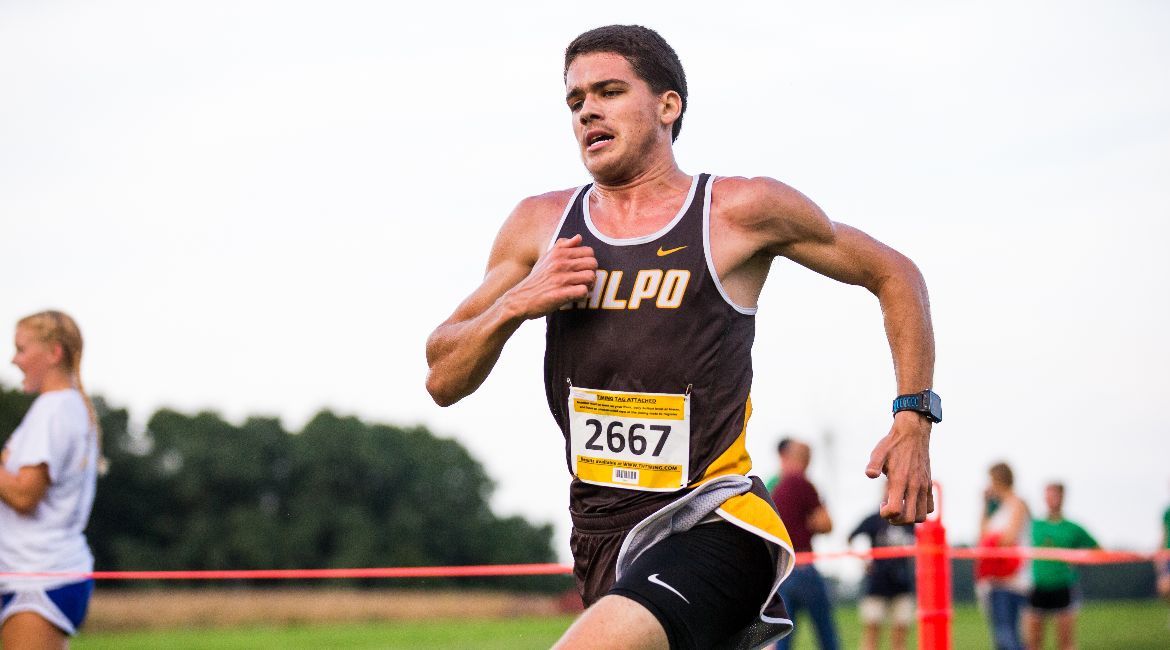 Dominic Paoletti shattered a school record in the 10,000 on Thursday.

The accomplished Valparaiso University running career of senior Dominic Paoletti (Monroe, Mich. / Monroe St. Mary) added a new feat on Thursday night at the prestigious Drake Relays in Des Moines, Iowa. The Valpo distance standout turned in a top-10 finish at one of the nation’s most storied track & field events, etching his name atop the program record book in the process.

Paoletti bettered his previous career best of 31:05.96 that already ranked third in program history, a time that occurred during the 2019 season.

A 2019 All-MVC Cross Country Honorable Mention, Paoletti added to his resume at this year’s MVC Indoor Track & Field Championships, when he garnered all-conference honors thanks to a third-place finish in the 5000-meter run. Paoletti’s name appears in multiple locations in the Valpo cross country and track & field record books.

A pair of Valpo relay teams will compete in the Drake Relays on Friday afternoon. The Valpo men will be represented by Ignacio Veloz Bonilla, Jack Worman, Evan Walda and Eric Carothers in the 4x1600, while the Valpo women will have a relay squad of Grace Aurand, Ellie Roeglin, Maranda Donahue and Joelyn Overstreet in that same event on the women’s side. A link to live results is available on ValpoAthletics.com.