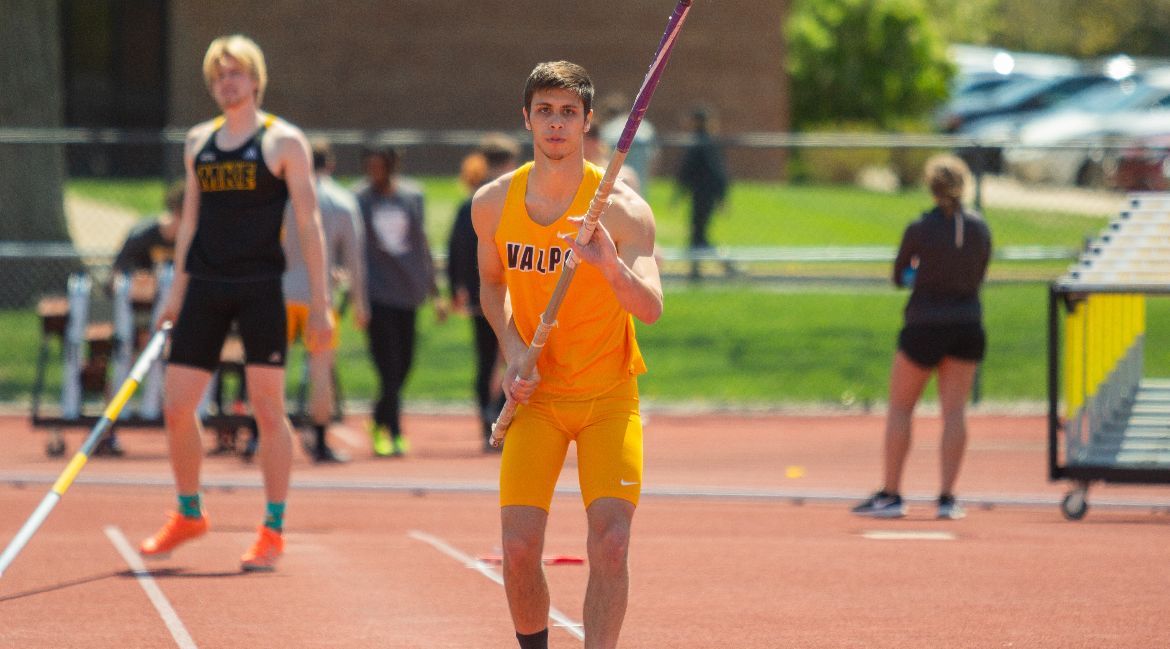 “Tristan has been fantastic in the pole vault over the last couple weeks. He’s a guy who continues to improve. Every day, (Associate Head Coach) James (Overbo) comes over to me and says, ‘This is unbelievable.’ His progression to get to the height he reached today was incredible to watch. It took a lot of energy for him to eventually reach that impressive mark. If he keeps progressing like he has been, he’s a kid who’s going to be scaring a lot of people when it comes time for the conference championship.”

“We had some kids step up today who were willing to compete in nontraditional events for them in order to help the team. Alaina Carpenter, Danielle Durak and Jasmine Collins all stepped up for us in that way. I think it’s a testament to the fact that they are invested in the team and they care about us. I’m thankful for their willingness to go the extra mile.”

“Gerhardt and Patten are improving from week to week. When we see clusters of marks in the same range over a few week period, that’s usually a good sign for things to come. Going into next week, they have the ability to take another step forward. We compete Friday at Notre Dame and Saturday in Chicago, and for some reason this always seems to be a weekend where things sync up well for us and we have some huge performances. Some big marks are on the horizon as both of them inch closer and closer to 15 meters.”

“I was impressed with Alek digging deep trying to find what it’s going to take to get to that next level as far as distance goes with the weight throw and Eddie is in that same wheelhouse. Jeremiah Johnson is inching closer to a PR in the shot and putting together some nice things in the weight as well.”

“Ignacio put together a decent race after coming off some time away and not being able to train like he’d want. We’ll see him continue to progress as we get closer to the championship. It was nice to see Ellie have a great race as she’s continued to build throughout the year. I’m looking forward to seeing everyone continue to progress as we return to action next week.”

Valpo will be represented at the Meyo Invitational, hosted at Notre Dame on Friday, Feb. 4 and February, Feb. 5. In addition, there will be Beacons competing at the Windy City Rumble in Chicago on Saturday, Feb. 5.