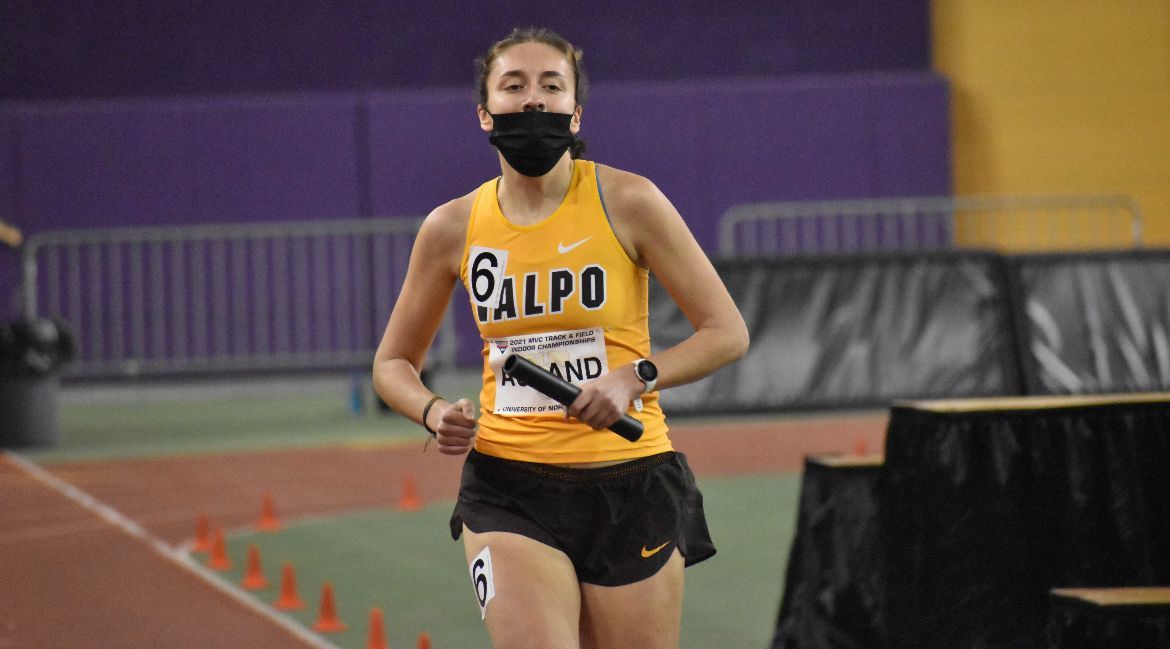 With the indoor Missouri Valley Conference championships just over a week away, the Valparaiso University track & field team enjoyed strong showings in the final pre-championship tune-up on Saturday afternoon at the ISU Open, hosted by Indiana State University in Terre Haute.

“We enjoyed a solid day at ISU today. This was a great tune-up for us as we head into championships next weekend. We were able to return several women to the track this week who have been battling injury this season, and it was great to see that group running again and getting a meet under their belt. This was also the first time we ran a 4x4 on either side of the program this year, so it was nice to be in the mix all the way to the end of things this go-round. Tristan has continued to find success week after week and (associate head coach) James (Overbo) showed me a picture of him way over what he jumped at today, so that was very encouraging. If he makes a few minor adjustments going into next week, he could end up with a huge performance at the right time.  It took Alek Trafton almost two years to return to form in the weight throw, but he bested his PR today in the event on his final throw. He’s been getting closer and closer to big marks each week. It was great to see it pay off. Mackenzie Patten moved into fifth all-time just behind Michelle Pierce today with a massive PR. We finally talked her into throwing the right weight designed with someone like her in mind. Our mile crew had a solid day as well.”

“I believe that things are coming together at the right time, and I’m confident we will have a group of PRs coming out of next weekend’s conference meet.”

The two-day MVC Indoor Championships will begin on Sunday, Feb. 27 as Valpo and Loyola cohost the event at Gately Park in Chicago. Links to live results and an ESPN+ broadcast will be available on ValpoAtheltics.com.