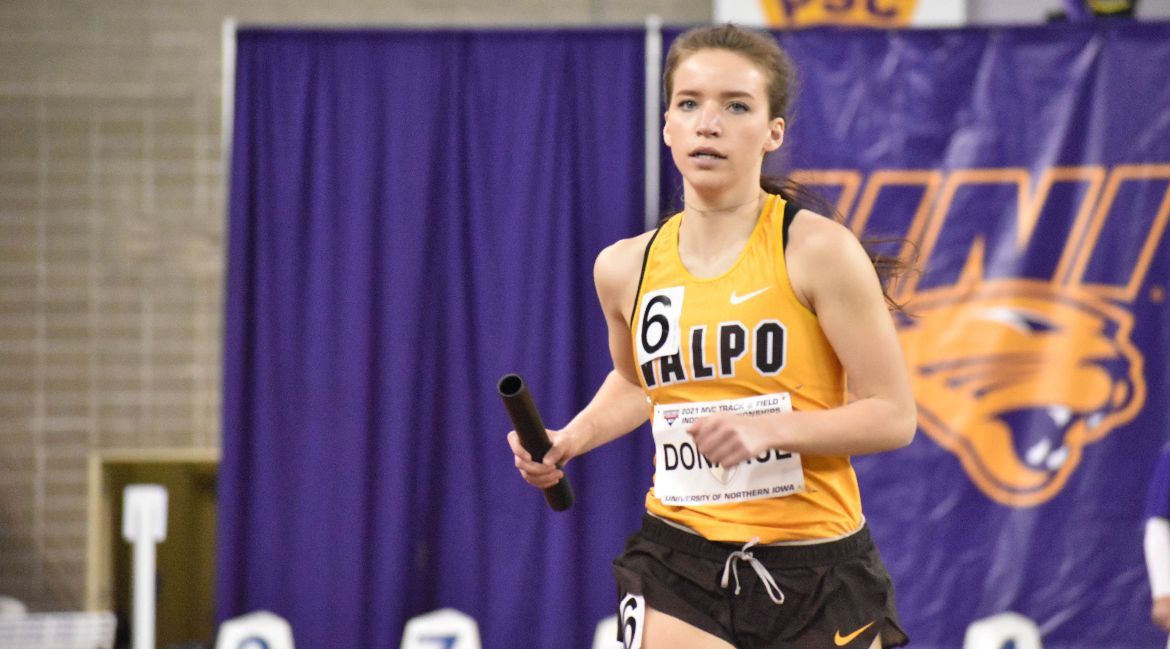 Maranda Donohue, pictured here in a stock photo, had a PR in the one-mile run at Notre Dame on Saturday.

The Valparaiso University track & field team began the 2022-2023 indoor season on Friday night by competing against quality competition at the Blue & Gold Invitational hosted by the University of Notre Dame. Numerous veteran Beacons had personal records, while the freshman class was well represented with countless rookies turning in strong performances.  Click here for full results.

“Today was a great way to start the indoor season. We had a lot of PRs across the board in every event area. This really set the tone for what is to come for the rest of the season.”

After the team’s lone early-season competition on Friday, Valpo’s next meet will be on Saturday, Jan. 21 as the Beacons once again make the short trip east for the Notre Dame Invitational.