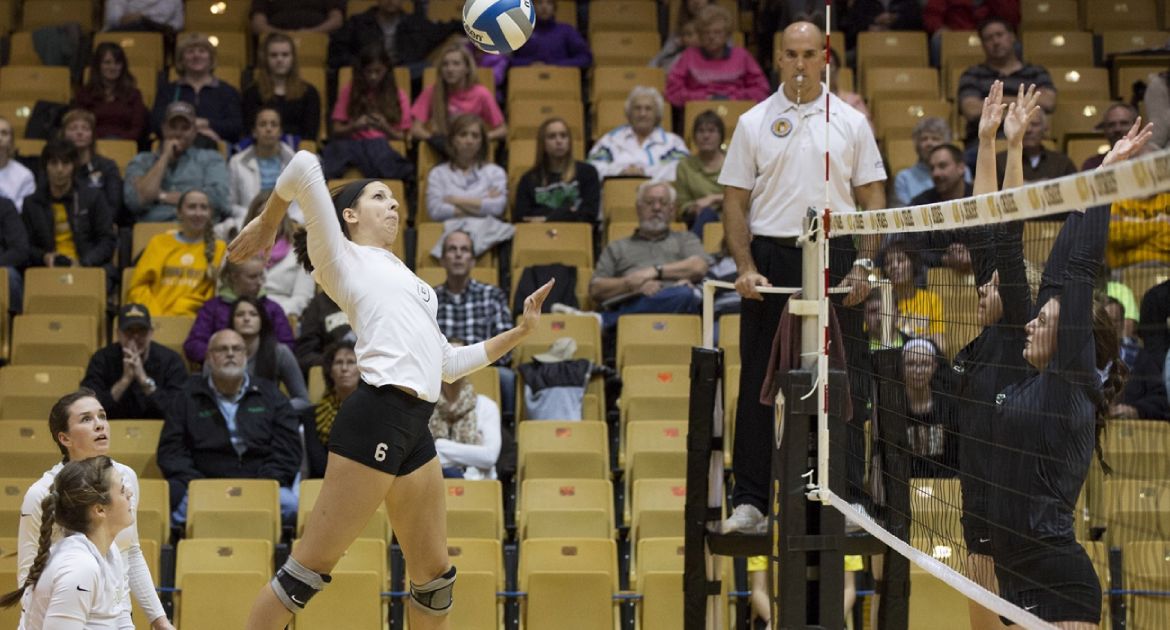 Led by the efforts of a pair of seniors one day prior to Senior Night, the Valparaiso volleyball team posted its fourth consecutive sweep Friday evening at the ARC, taking down Wright State 3-0 (25-21, 25-11, 25-19).

On the attack, it was senior Kelsey Victor (Logansport, Ind./Logansport) with a standout performance.  Victor went up to swing 17 times and came down with a kill on 11 of those occasions, hitting at a .647 clip as she did not commit an attack error.  For Victor, it was a new career best in the hitting percentage column and was her 12th double-digit kill total of the year, six of which have come in the last eight matches.

Meanwhile, fellow senior Lindsey Hauch (Coloma, Mich./Coloma) enjoyed a solid all-around match, especially in the back row.  Playing all the way around the rotation on Friday, Hauch tallied a team-best 19 digs, setting a new season high in the category.  The fifth-year senior also chipped in a season-best five kills on .308 hitting, three assists, two blocks and two service aces.

The first set was extremely tight throughout, featuring 13 ties and a pair of lead changes.  The Raiders briefly seized the lead heading into the late stages and led as late as 19-18, but the Crusaders scored five straight points to take control.  Sophomore Emily Campbell (Grand Rapids, Mich./Forest Hills Central) posted three kills during the run, while Hauch also had a kill as Valpo led 23-19.  Two points later, another Campbell kill gave the Crusaders set point at 24-20, and a WSU service error ended the opener in Valpo’s favor.

The second frame was not nearly as close, as the Crusaders combined strong defense – limiting Wright State to eight kills and posting four blocks – with solid offense – hitting .378 with 15 kills – to easily pull ahead 2-0.  An early six-point spurt, which featured two aces by sophomore Morganne Longoria (Burlington, Wis./Burlington) and a pair of kills from freshman Allison Ketcham (Mishawaka, Ind./Marian), gave Valpo an 8-2 lead, and the Crusaders would not surrender consecutive points the rest of the way.

Valpo looked to pull away in the third set with a 5-1 spurt mid-frame to make it 16-11 Crusaders, but the Raiders scored four straight to pull within 16-15.  It was still a one-point margin at 19-18 before a kill from Campbell and a Hauch service ace gave the Crusaders breathing room.  Following a WSU kill, the Raiders committed three straight hitting errors – three of just four unforced attack errors by WSU on the night – to give Valpo match point at 24-19, and fittingly Hauch converted on the first opportunity with a kill.

The Crusader offense, which entered the match leading the league in hitting percentage at .249, ran at a .309 clip on the evening.  Valpo posted 50 kills against just eight attack errors, resulting in its second-best hitting percentage within league play this year.  Campbell led the way with 12 kills to go with Victor’s aforementioned 11 terminations, while Ketcham hit .333 with eight kills.  Junior Kelsey Berrington (Britton, Mich./Tecumseh) handed out 37 assists and added five kills on just seven attacks.

Longoria joined Hauch with a pair of aces to lead the way as the Crusaders totaled eight service aces on the evening.  Longoria also posted 16 digs while Campbell registered another double-double, picking up ten digs of her own.  Victor recorded a match-high four blocks at the net as well.

Valparaiso (22-6, 8-4 Horizon) takes on league co-leader Oakland at the ARC Saturday afternoon in a key league matchup.  The Crusaders enter the match alone in third place in the league standings.  The first serve, which will follow Senior Night ceremonies at 4 p.m., can be seen live on the Horizon League Network and heard live on WVUR (95.1 FM, Valparaiso).  Links for the live video, audio and stats will be available at ValpoAthletics.com.