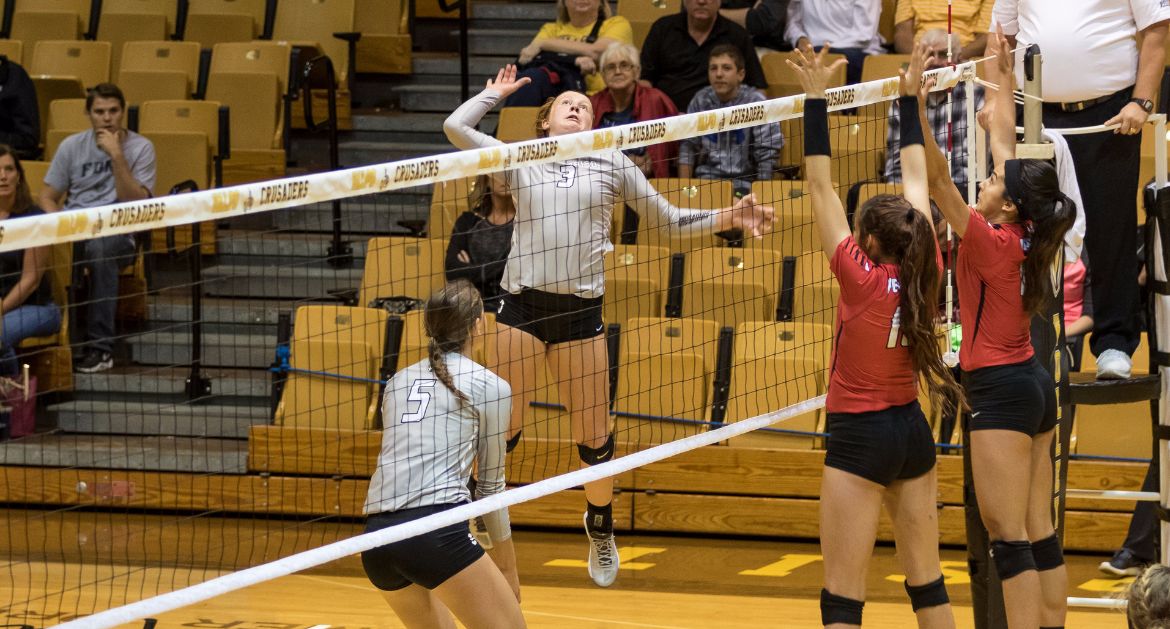 The Valparaiso University volleyball team, still playing without a number of regulars up front, fell Friday night in Horizon League play, 3-0 (25-12, 25-22, 25-18), at Northern Kentucky as it continued a four-match stretch away from home.

The Crusaders (8-12, 1-4 Horizon) close out weekend action Saturday afternoon at Wright State. First serve is slated for 3 p.m. CT, and the match can be seen live on ESPN3, WatchESPN and the ESPN app. Links for the live video, as well as live stats, will be available via ValpoAthletics.com.