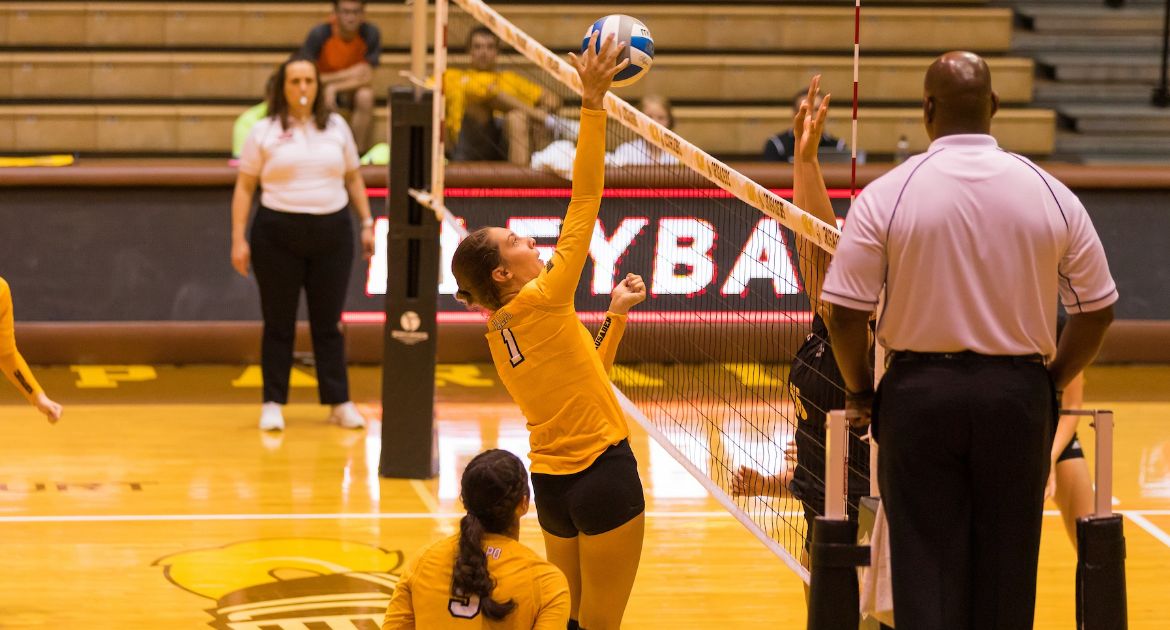 The Valparaiso University volleyball team started off the final weekend of the regular season in style, going up two sets at Missouri State and, after the Bears rallied to force a fifth set, dominating the final set to earn a 3-2 (25-23, 25-21, 25-27, 16-25, 15-7) victory for the program’s first-ever win over Missouri State. With the win, Valpo secured fourth place in the MVC standings and the fourth seed for the upcoming MVC Tournament.

Valpo (23-9, 10-8 MVC) closes out the regular season on Saturday evening at 7 p.m. at Southern Illinois. Live stats will be available via ValpoAthletics.com.