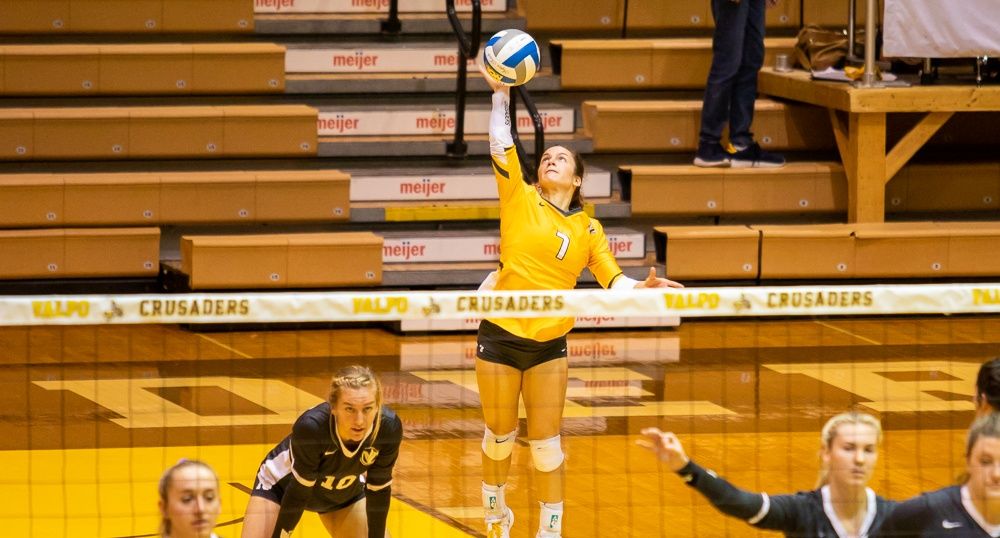 The Valpo volleyball team jumped out to a two-set lead over visiting Drake Monday evening at the ARC, but the Bulldogs claimed the next two sets to force a decisive fifth set and then prevailed in extra points as Valpo fell 3-2 (24-26, 22-25, 25-19, 25-18, 18-16). The night was highlighted by a 36-dig effort from junior libero Rylee Cookerly (Brownsburg, Ind./Brownsburg).

Valpo (8-16, 3-7 MVC) continues conference play at home this coming weekend with its fellow Indiana institutions. The weekend opens Friday, Nov. 1 at 6 p.m. against Indiana State, a match which can be seen live on ESPN3.