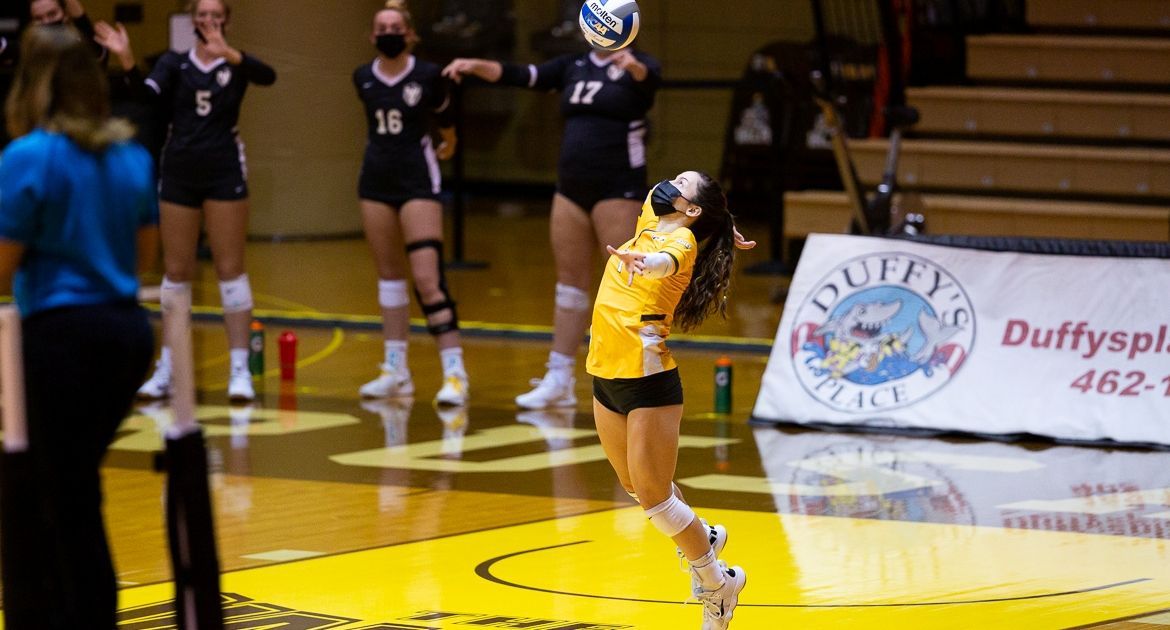 The Valpo volleyball team rebounded from a close loss on Sunday with a strong performance Monday to earn a series split with Southern Illinois at the ARC, downing the Salukis by a 3-1 (20-25, 25-19, 25-19, 25-15) final. Senior Rylee Cookerly (Brownsburg, Ind./Brownsburg) posted the third-most digs by a Valpo player in a four-set match in the 25-point era, and in the process, moved up both the Valpo and the MVC career digs charts.

Valpo (3-4, 2-4 MVC) steps out of conference play for the second and final time this year when it heads to Notre Dame Thursday. First serve is slated for noon CT, and the match will be broadcast live on ACC Network Extra.