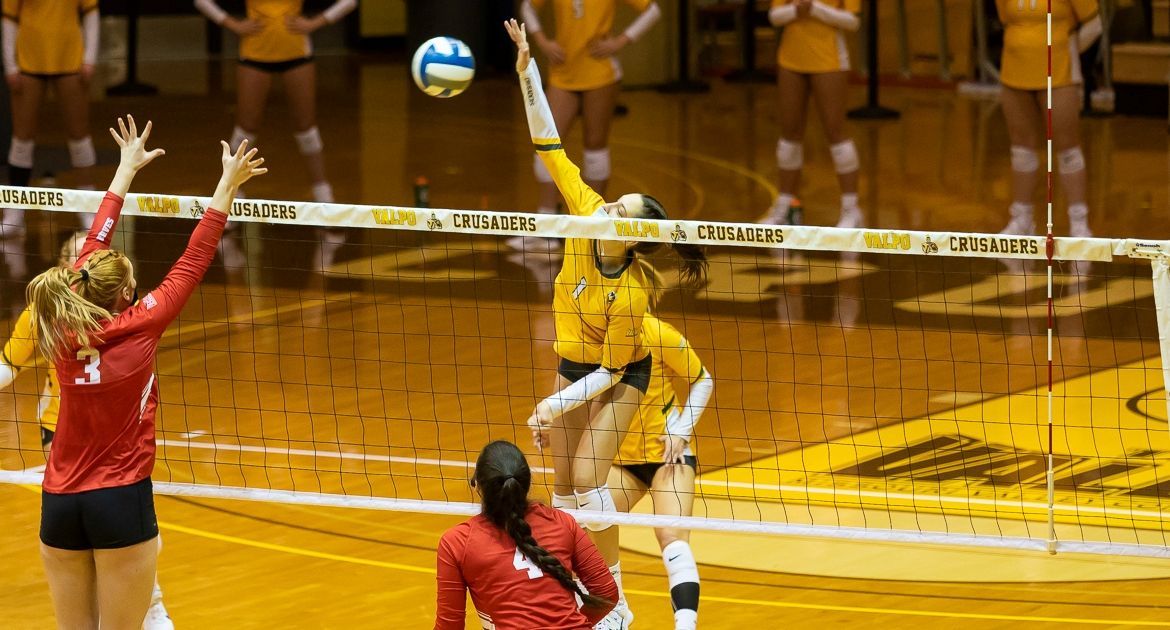 After five consecutive matches away from home, the Valpo volleyball team returned home to the ARC in style Sunday afternoon, earning a 3-0 (25-13, 28-26, 25-20) sweep over a Bradley squad which entered the series in second place in the MVC standings. A well-rounded team effort resulted in the Brown and Gold extending their winning streak to four consecutive matches, matching the program’s longest conference winning streak since joining the MVC.

Valpo (7-6, 6-5 MVC) looks to sweep the Braves on Monday afternoon at the ARC. First serve is set for 4 p.m., and all the action can be seen live on ESPN+ and heard live on WVUR (95.1 FM, Valparaiso). All the links for the live coverage will be available via ValpoAthletics.com.