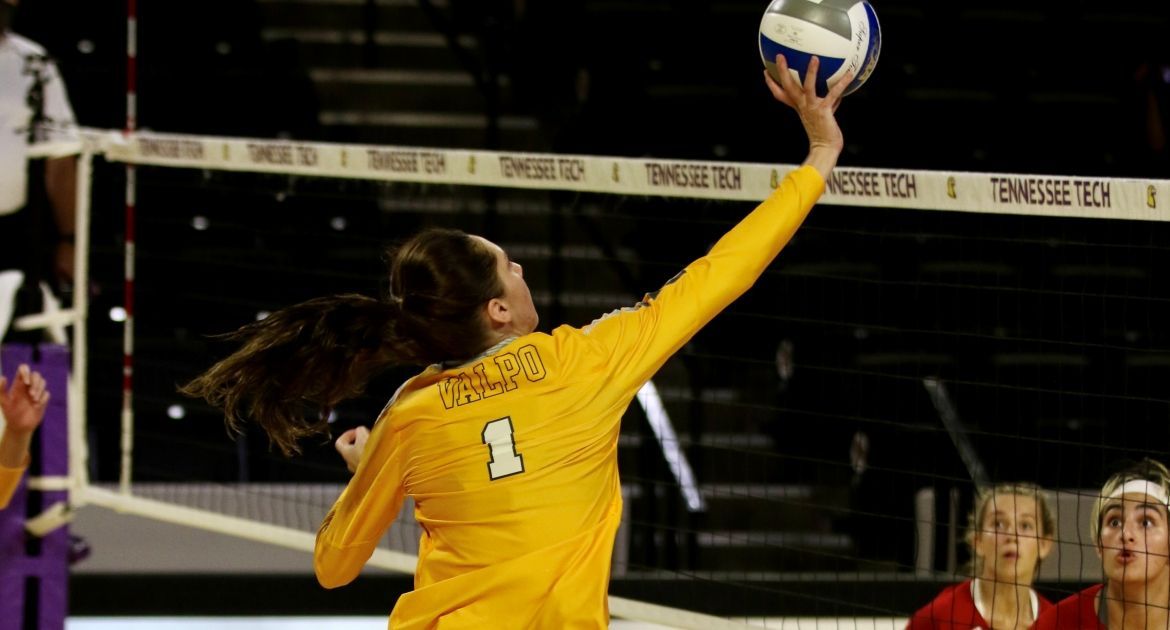 The Valpo volleyball team came away with a split of the longest road trip in Missouri Valley Conference play on the opening weekend of the conference slate, falling on Saturday evening at Missouri State, 3-1 (25-14, 21-25, 25-19, 25-23).

Valpo (10-3, 1-1 MVC) takes to the floor of the ARC for the first time this season next weekend for a busy stretch, as it will host three matches in four nights. The three-match weekend opens Friday evening at 6 p.m. against Indiana State, and all the action can be seen live on The Valley on ESPN.