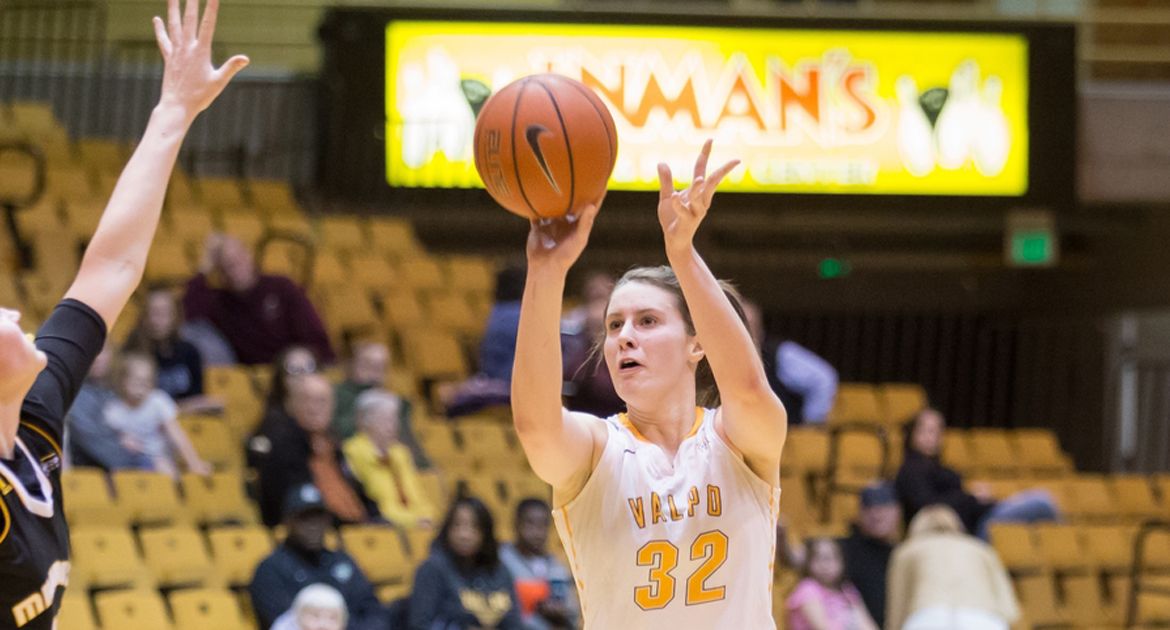 Next Up in Crusader Basketball: The Valparaiso University women’s basketball team rounds out its three-game season-opening road swing on Saturday afternoon in Bloomington, Ill. as the Crusaders battle Illinois State.

Last Time Out: The Crusaders flashed a flair for the dramatic in Wednesday’s game at Chicago State. They dug a 10-point halftime hole after being outscored 18-4 in the second quarter, but showed their resiliency to bounce back for a 53-51 win. Dani Franklin knocked down a 3-pointer with 14.6 seconds left in regulation to tie the game at 51, then Meredith Hamlet beat the buzzer with a layup to send the Valpo bench into a state of jubilation. Franklin finished with a game-high 17 points, while Amber Lindfors established her career high against Division-I opposition with 11 points while matching a career watermark with six boards.

Following the Crusaders: Saturday’s game will be broadcast on Valpo’s flagship radio station, 95.1 FM Valparaiso. Jake Wulbert will have play-by-play, with Brandon Vickrey adding color commentary. The game will also be broadcast on ESPN3, WatchESPN and the ESPN app courtesy of Illinois State Athletics. Links to live audio and stats will be available on ValpoAthletics.com.

Head Coach Tracey Dorow: Tracey Dorow (34-91) is in her fifth season at the helm of the Valparaiso women’s basketball program in 2016-17. She collected her 250th career victory on Nov. 14, 2014 with a 91-57 win over Butler. In her first season, Dorow led the Crusaders to 11 victories, including five in Horizon League play. Dorow arrived in Valparaiso after 14 seasons at Ferris State. She compiled a 232-163 record while with the Bulldogs. Ferris State posted the No. 1 grade point average in all of Division II for the 1999-2000 women’s basketball season as well as the No. 2 ranking in 2002-03.

Series Notes: The Crusaders and Redbirds will lock horns for the first time since the 2000-01 season and just the fourth time ever on Saturday afternoon. Illinois State has achieved victories in two of the three meetings. The first matchup between the two squads occurred on Jan. 4, 1980, when Valpo head coach Wendy Miller’s team fell 84-35 as part of the Missouri Tournament in Columbia, Mo. The Crusaders made the trip to Bloomington on Dec. 19, 1999 and earned a 74-60 win. Valpo dropped the most recent meeting on Dec. 22, 2000 at the ARC, 60-56.