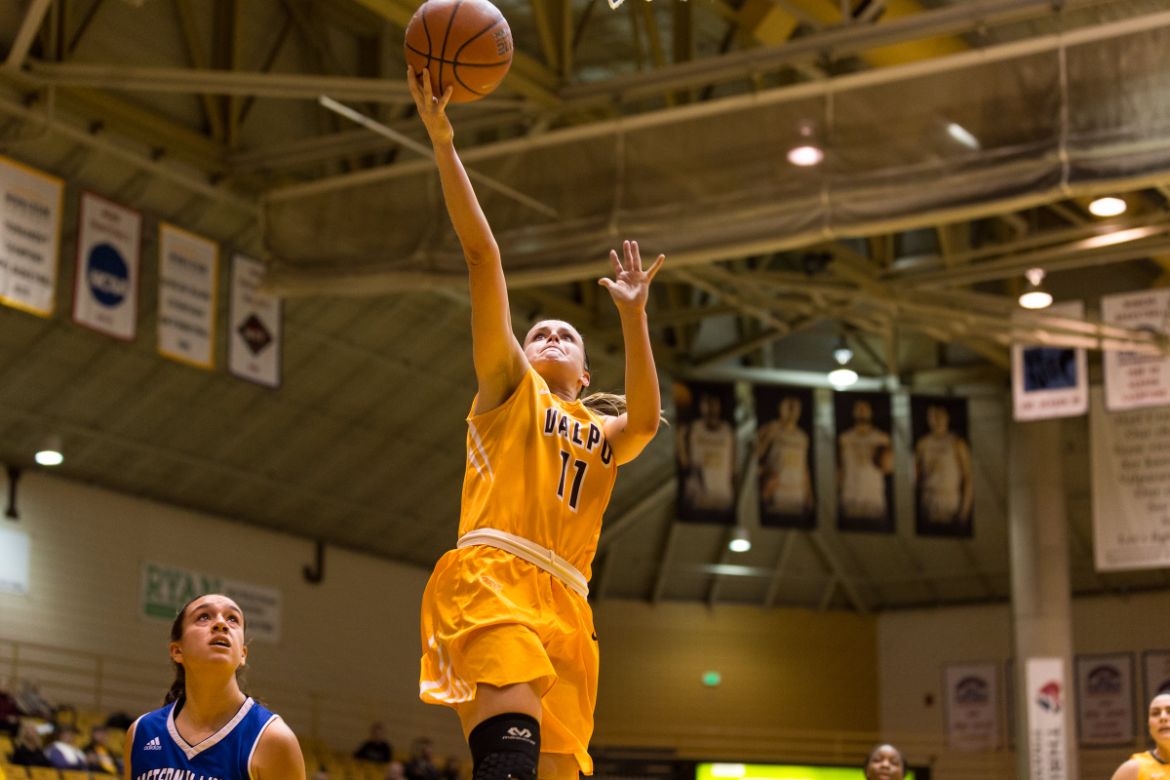 The Valparaiso University women’s basketball team fended off Eastern Illinois 73-68 on Saturday at the Athletics-Recreation Center. Junior Dani Franklin (Cedar Rapids, Iowa / George Washington) continued to light it up, accumulating 33 points to pave the way to the win. The Crusaders improve to 4-3, matching their best record through seven games since 1991-92.

The Crusaders (4-3) face the ultimate challenge on Sunday as they hit the road to clash with No. 1 Notre Dame (7-0). It will be the first time in program history Valpo plays the nation’s top team. The game can be seen on ESPN3 and heard on 95.1 FM Valparaiso with Jordan Morandini, David Horak and Renee’ Turpa. Links to live video, audio and stats are available on ValpoAthletics.com.