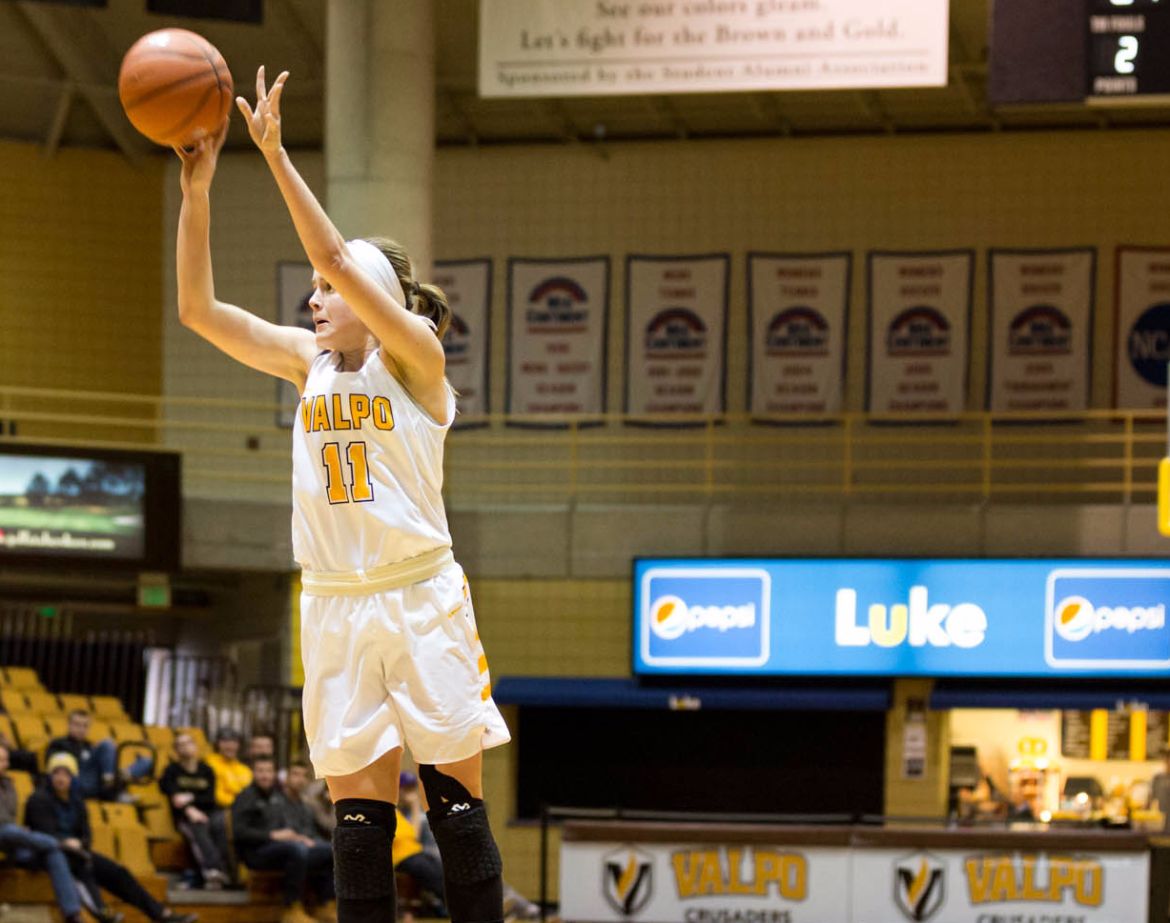 Georgi Donchetz had six assists and no turnovers on Saturday against Cleveland State.
Cleveland State at Valparaiso | February 04, 2017

The Valparaiso University women’s basketball team owned an eight-point halftime lead after its third straight well-played half, but the Crusaders couldn’t seal the deal on Saturday afternoon at the Athletics-Recreation Center. Cleveland State (12-11, 6-5) came from behind to eke out a 66-62 win over Valpo (6-17, 1-11). Dani Franklin (Cedar Rapids, Iowa / George Washington) finished with a double-double of 26 points and 10 rebounds in a game that featured eight ties and 11 lead changes.

The Crusaders will hit the road to face off with Wright State on Thursday at 3 p.m. at the Nutter Center in Dayton, Ohio. The game can be seen on ESPN3, WatchESPN and the ESPN app. In addition, it can be heard on WVUR, 95.1 FM Valparaiso with links to live video, audio and stats available on ValpoAthletics.com.