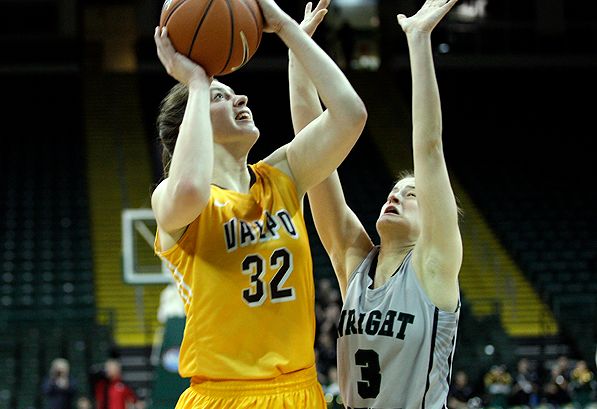 The Valparaiso University women’s basketball team held first-place Wright State to under 30 percent shooting for the second consecutive meeting, but the Raiders racked up 23 offensive rebounds and forced 17 turnovers on their way to a 63-48 win on Thursday evening at the Nutter Center in Dayton, Ohio. Dani Franklin (Cedar Rapids, Iowa / George Washington) scored 17 of her team-high 19 points after halftime and matched a career high with 16 rebounds for her second straight double-double.

The Crusaders will continue the road swing on Saturday for a noon Central Time start at Northern Kentucky in Highland Heights. The game can be seen on ESPN3, WatchESPN and the ESPN app. It can also be heard on 95.1 FM Valparaiso with Brandon Vickrey and Ben Ariano providing the hometown call. Links to live video, audio and stats will be available on ValpoAthletics.com.