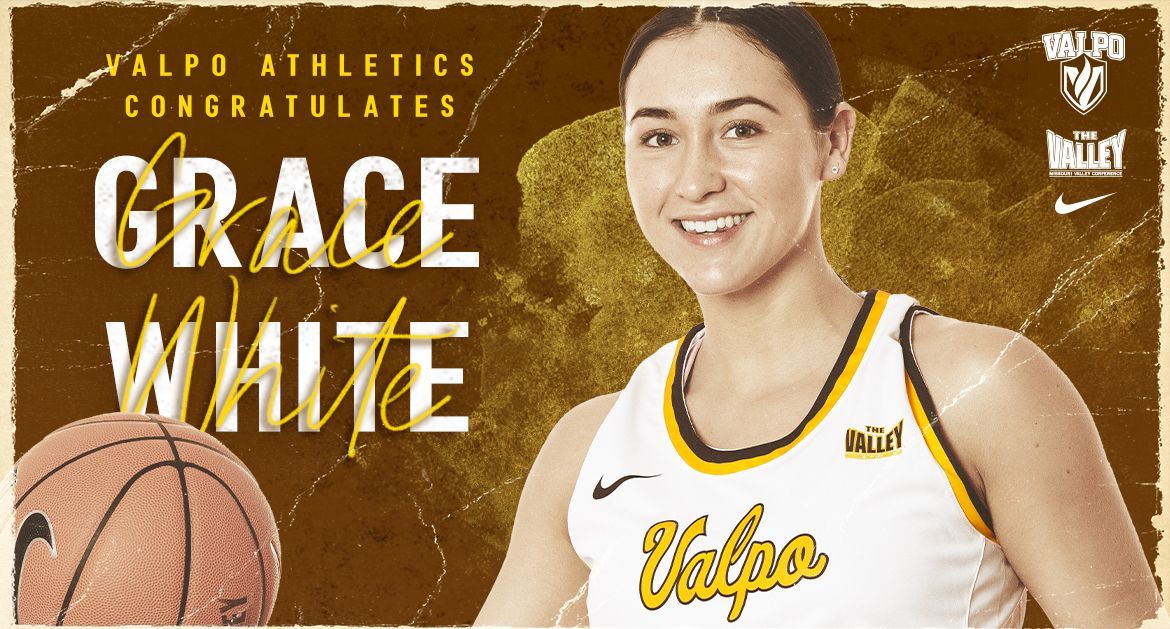 Leading the Valpo women’s basketball team to a historic week which featured two road wins at Big Ten schools resulted in senior Grace White (Redby, Minn./Red Lake [Denver]) raking in a pair of honors on Monday. White was named the Missouri Valley Conference Player of the Week and was tabbed by College Sports Madness as its National High-Major Player of the Week.

White tallied a game-high 17 points and nine rebounds in the win at Illinois Wednesday, scoring a basket with 1:39 to play to bring Valpo within one and then assisting on the go-ahead basket with 42.8 seconds to play. Then, in the win at Purdue Sunday, White matched her career best and led all scorers with 20 points while adding eight rebounds as well. White scored baskets on back-to-back possessions in the final 75 seconds to push a one-point lead out to five points.

For the week, White averaged 18.5 points, 8.5 rebounds and 4 assists per game while shooting at a 62.5% clip from the field. Dating back to last season, White has paced Valpo in scoring in five consecutive games.