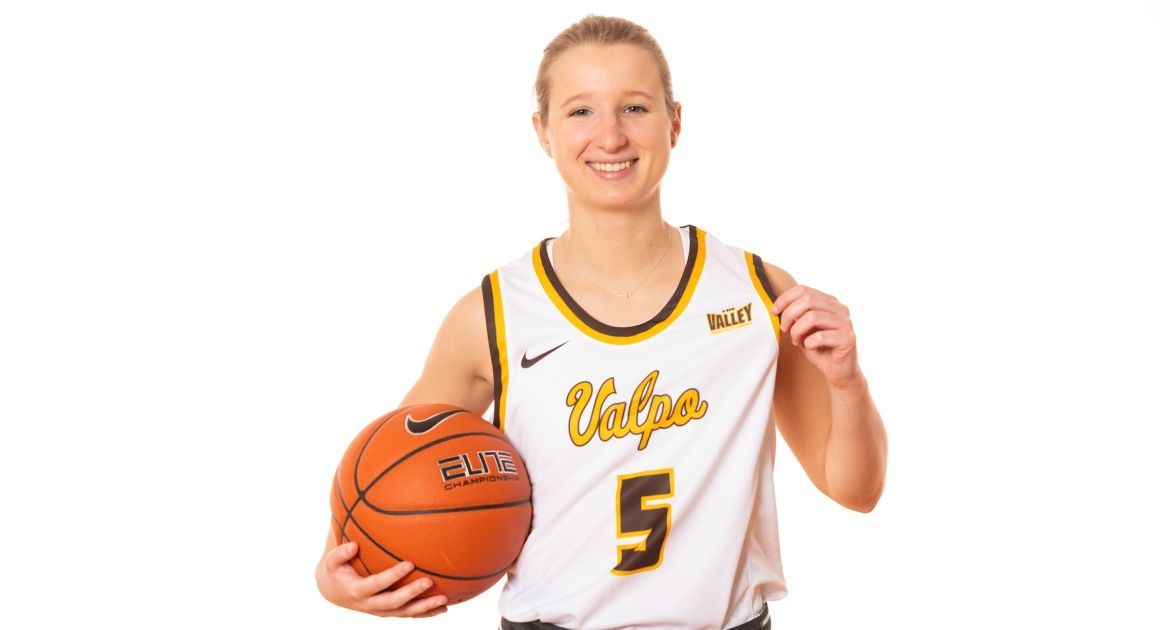 Combining excellence in competition and in the classroom, Valpo women’s basketball junior Shay Frederick (Greenville, Wis./Hortonville) is one of five members of the Missouri Valley Conference’s Scholar-Athlete First Team, as announced by the conference Tuesday morning.

On the court, Frederick has been one of the conference’s top players this year. The junior leads Valpo in both scoring (14.6 ppg) and assists (4.7 apg), paces the conference in assists and ranks fifth in the MVC in scoring. She also is among the conference’s top shooters, hitting 2.2 3-pointers/game on .405 shooting, marks which place her third and fifth in the MVC, respectively. Frederick has scored in double figures 17 times, including seven efforts of 20 or more points, and has led Valpo in scoring 11 times and in assists on 17 occasions.

In the classroom, Frederick currently owns a 3.86 cumulative grade point average as a marketing major. She received the MVC Commissioner’s Academic Excellence Award last year, has been a member of the MVC Honor Roll each of the last two years and earned Valpo Presidential Academic Honors last year.

Frederick is Valpo’s fifth player to earn Scholar-Athlete recognition since the program joined the MVC and is the team’s second First Team honoree, joining Dani Franklin, who earned the accolade in 2017-18.